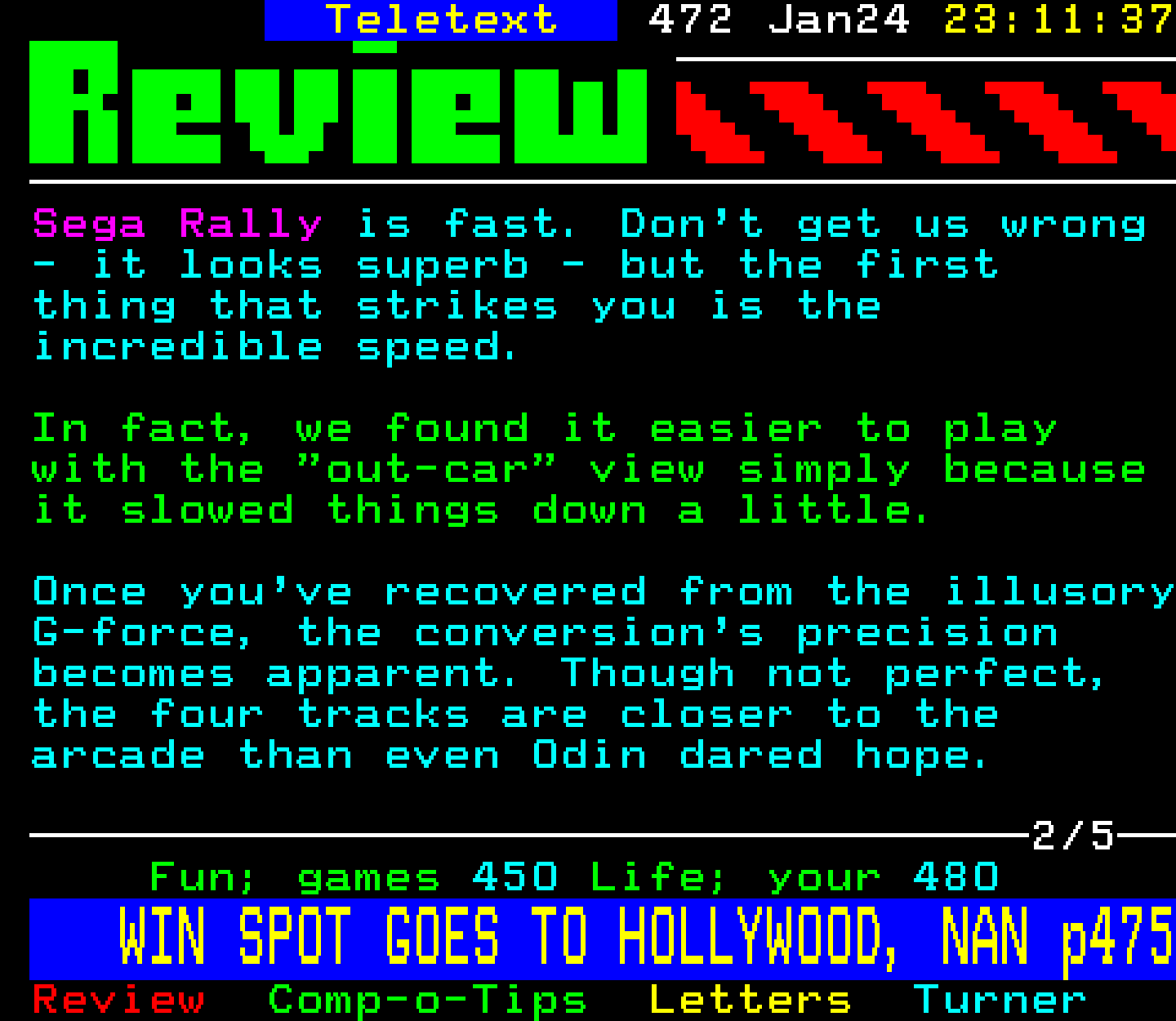 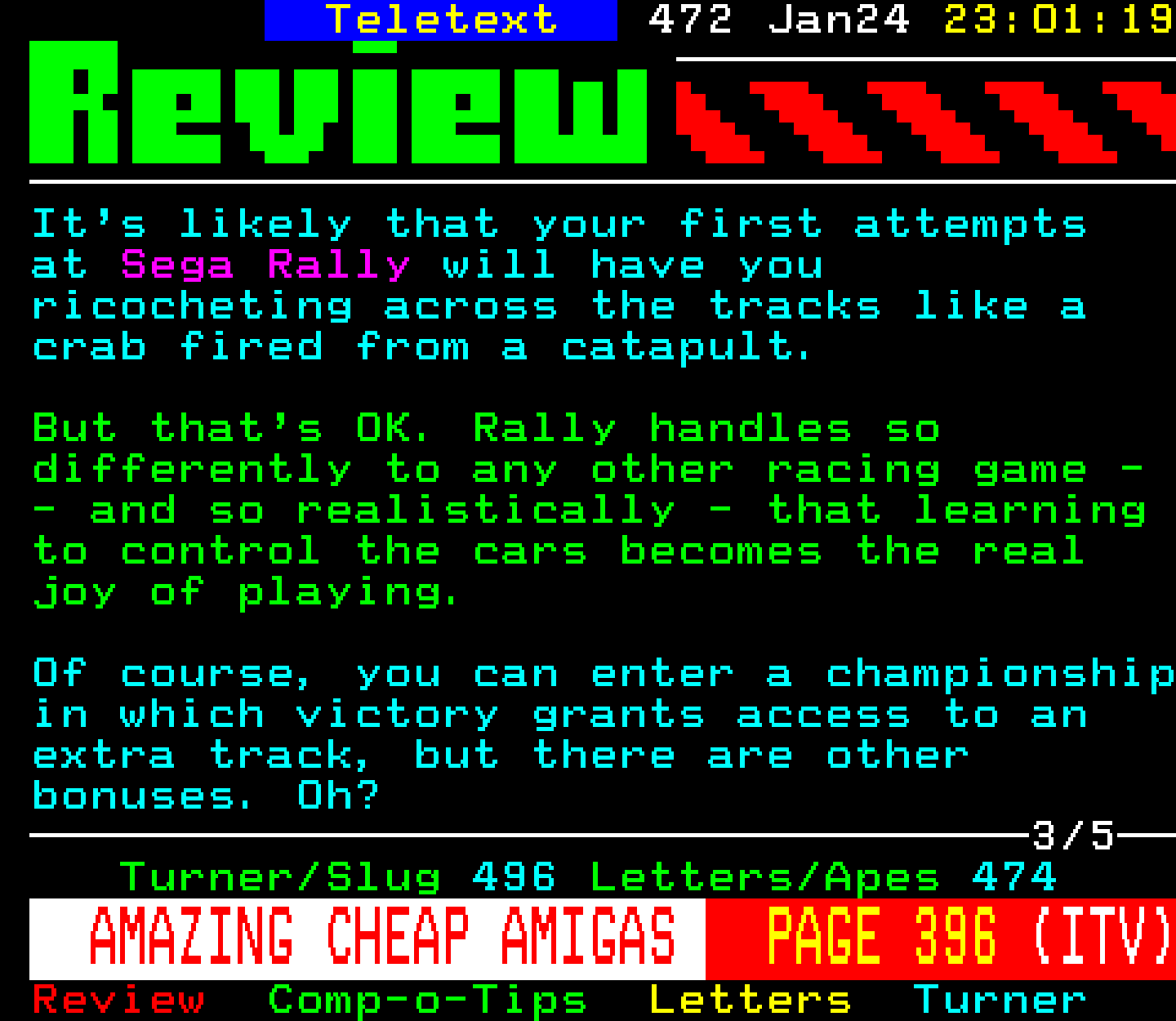 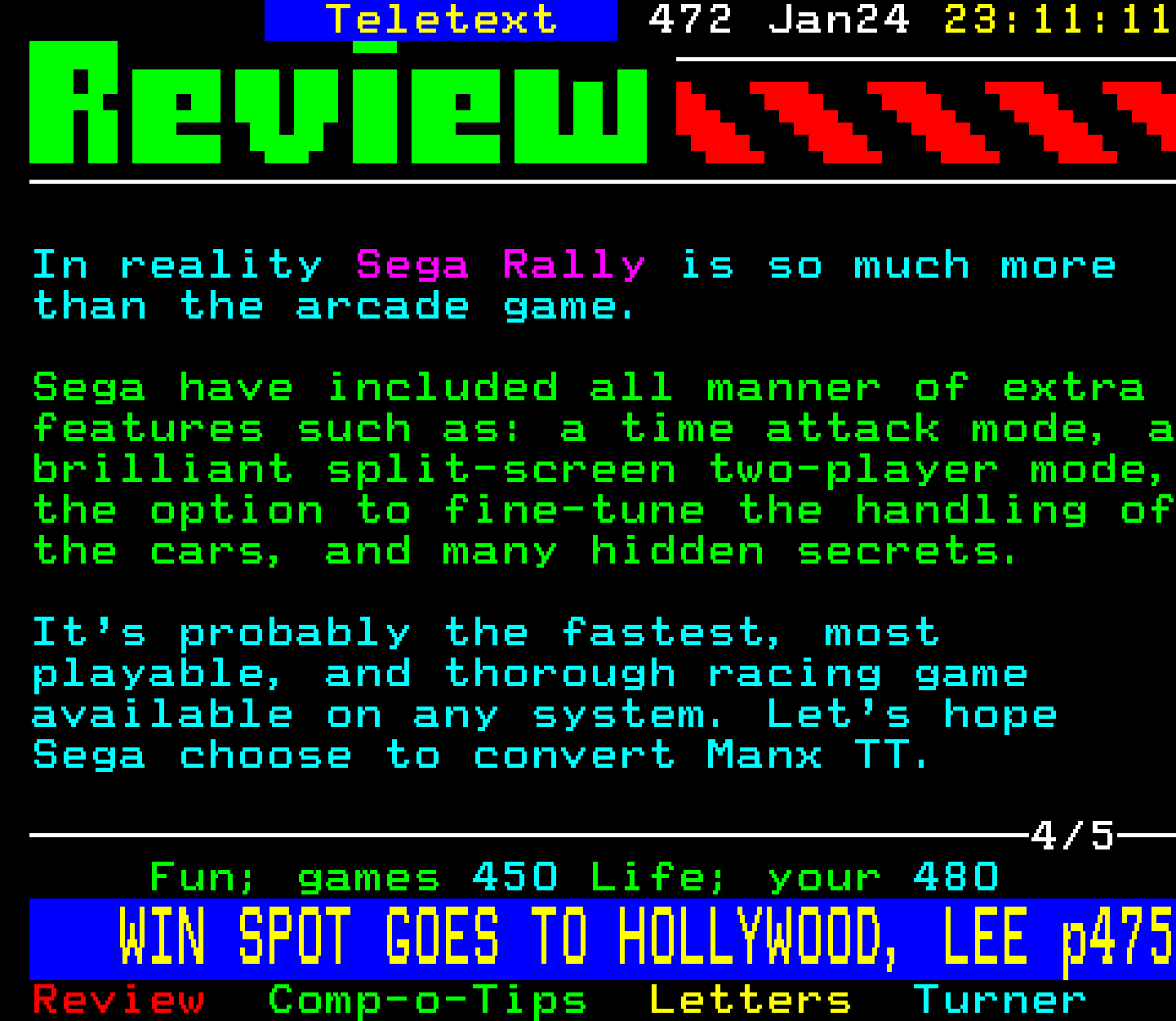 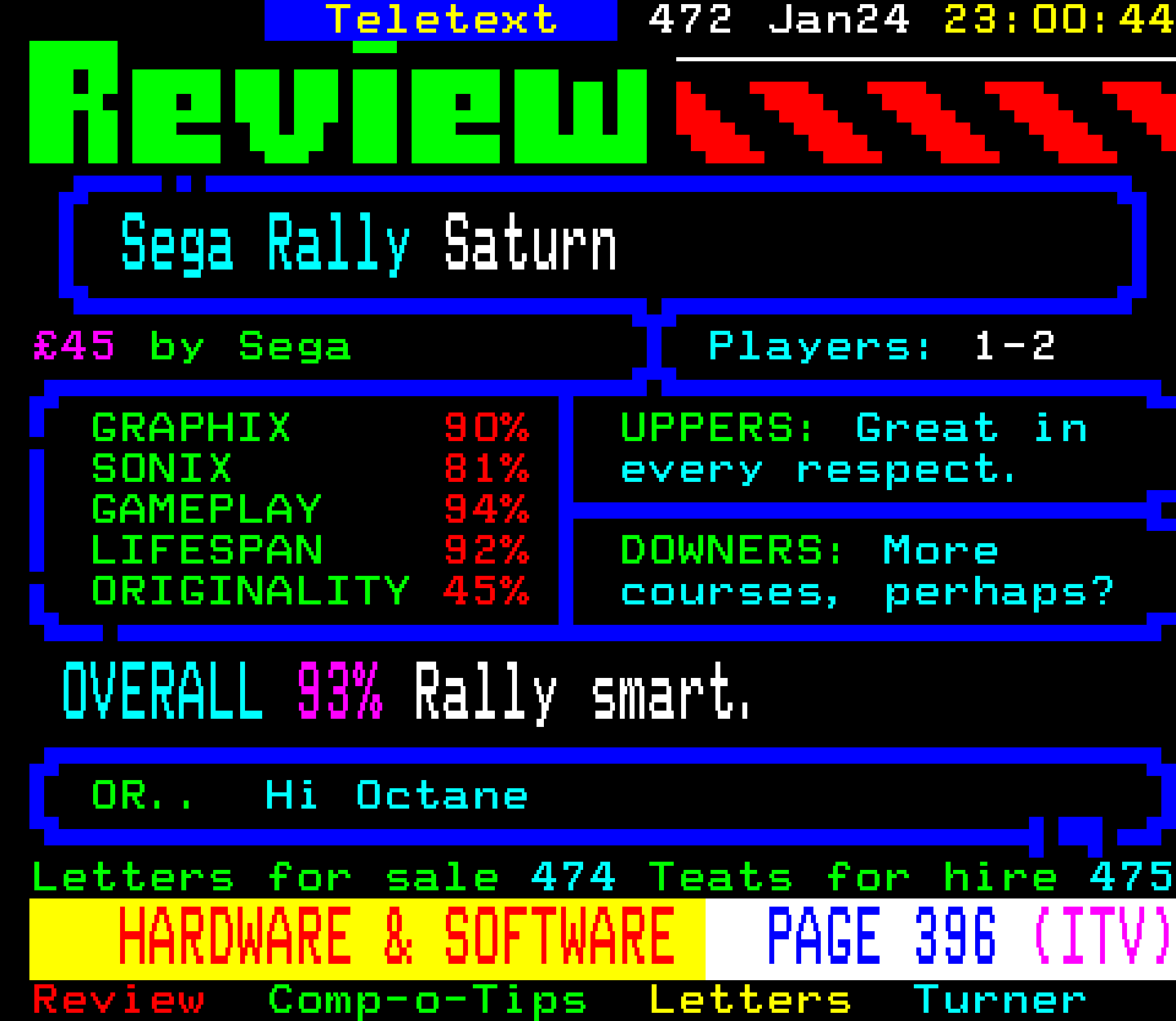 The final spoke of Sega's ground-breaking arcade conversion trilogy succeeds in laying to rest the ghosts of Saturn's shaky start.

Whilst no-one could dismiss the fun to be had with Daytona Racing - Rally's thematic sibling - the graphics were a stark void of letterboxed shoddiness.

Full-screen and full-speed: that's Sega Rally. It should be called "Sega Really", as in "really great". Ha ha.

Sega Rally is fast. It looks superb - don't get us wrong - but the first thing that strikes you is the incredible speed.

In fact, we found it easier to play with the "out-car" view simply because it slowed things down a little.

Once you've recovered from the illusory G-force, the conversion's precision becomes apparent. Though not perfect, the four tracks are closer to the arcade than even Odin dared hope.

It's likely that your first attempts at Sega Rally will have you ricocheting across the tracks like a crab fired from a catapult.

But that's OK. Rally handles so differently to any other racing game - and so realistically - that learning to control the cars becomes the real joy of playing.

Of course, you can enter a championship in which victory grants you access to extra track, but there are other bonuses. Oh?

In reality, Sega Rally is so much more than the arcade game.

Sega has included all manner of extra features, such as a time attack mode, a brilliant split-screen two-player mode, the option to fine-tune the handling of the cars and many hidden secrets.

It's probably the fastest, most playable and thorough racing game available on any system. Let's hope Sega choose to convert Manx TT.