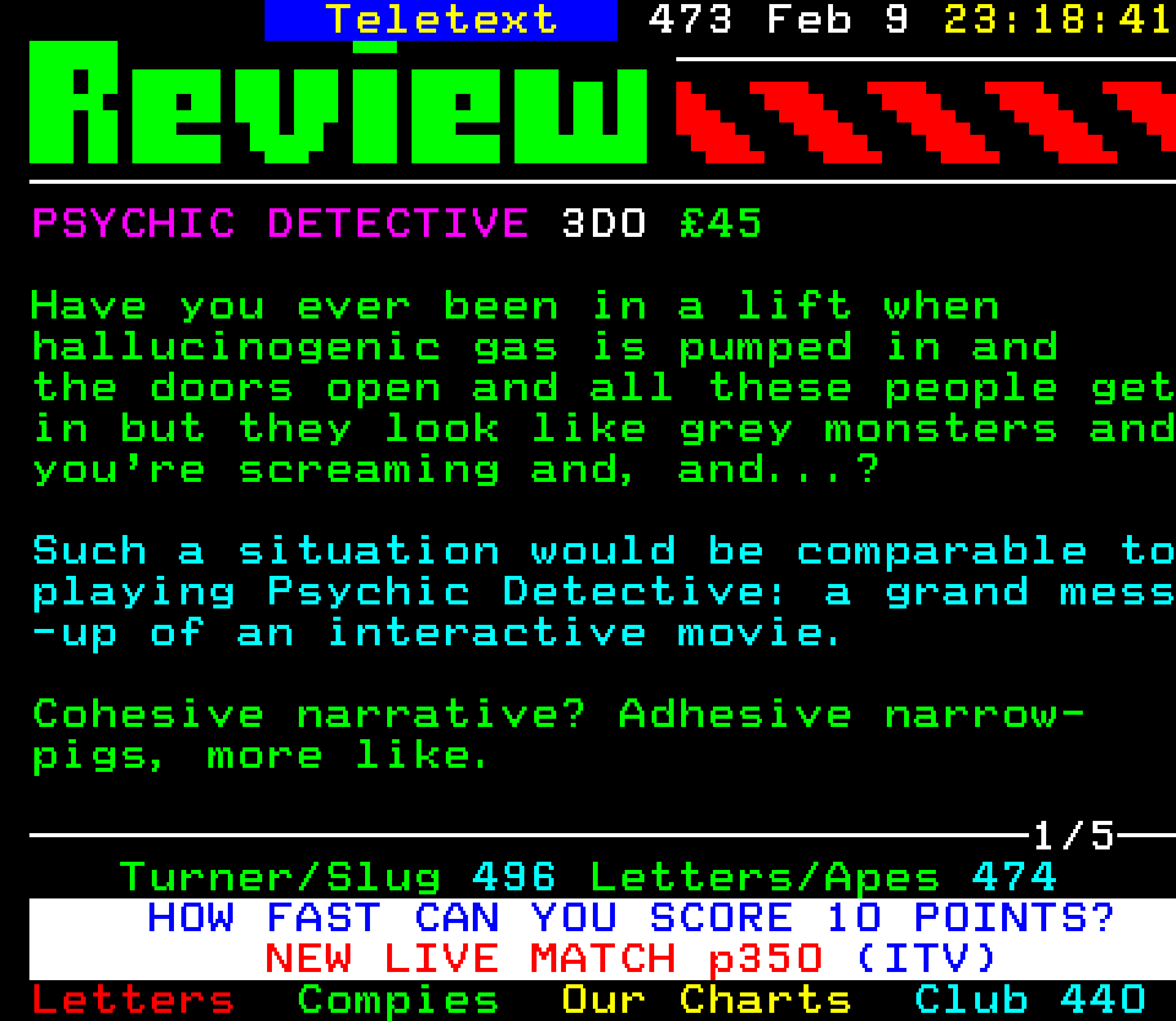 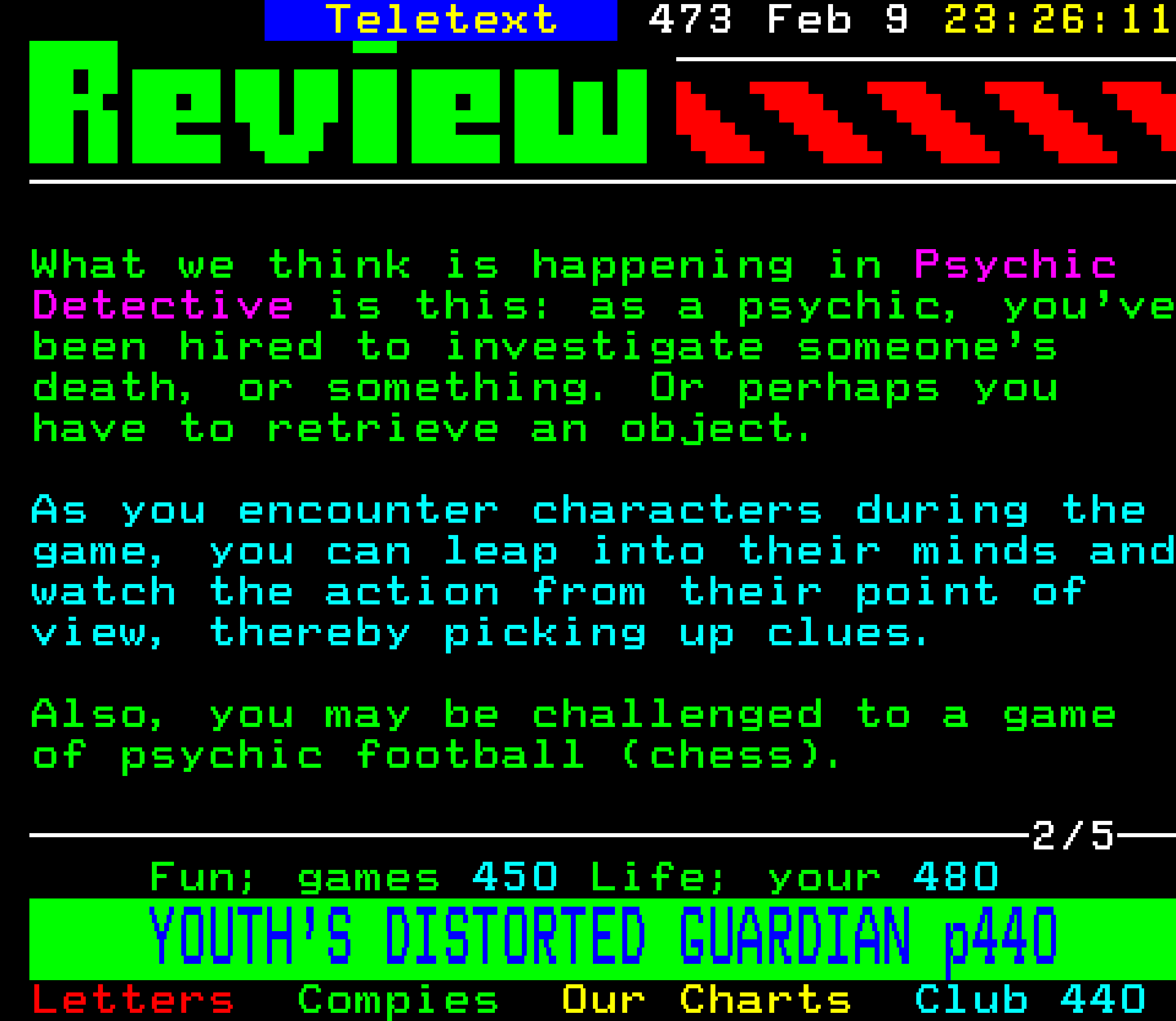 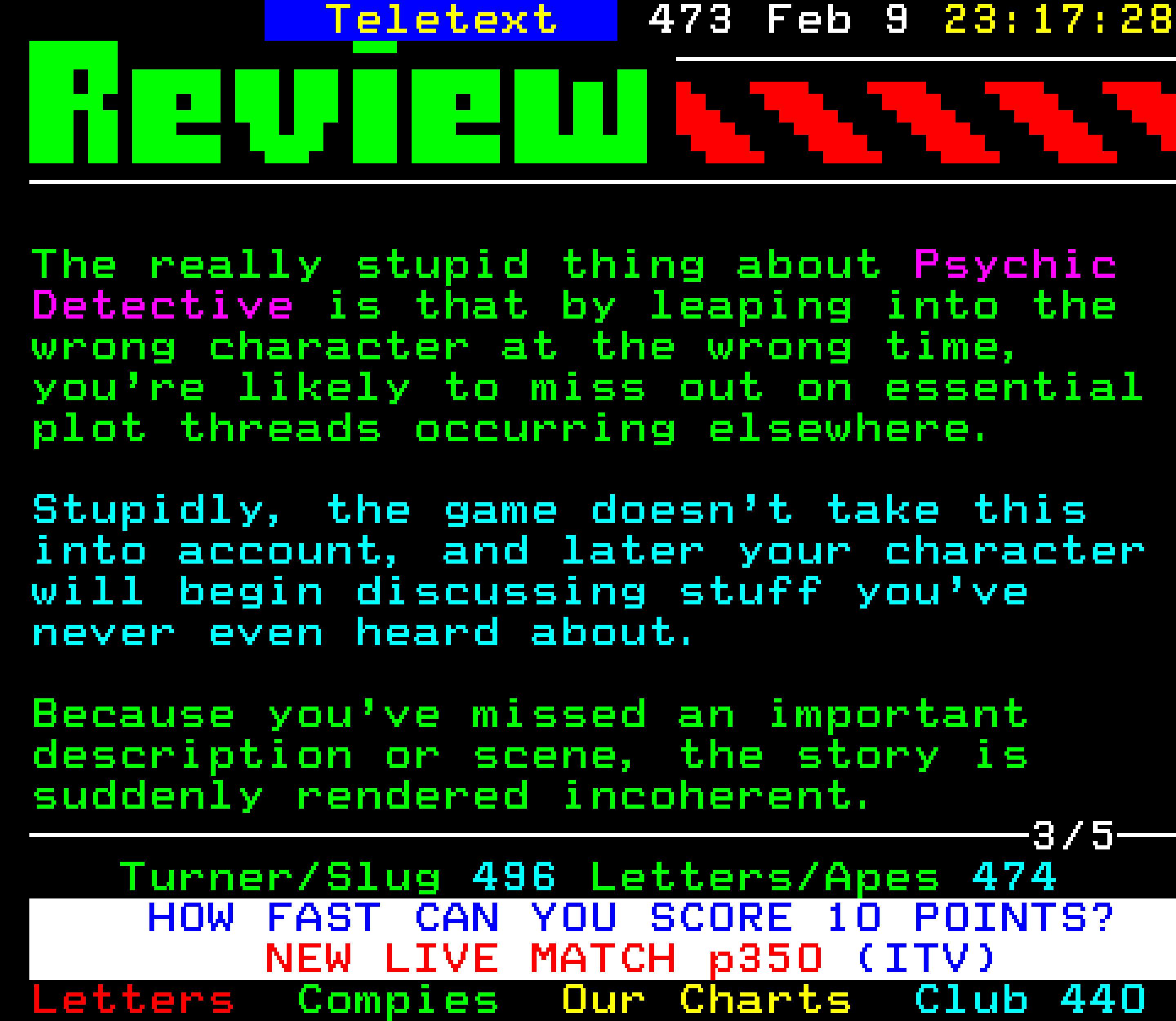 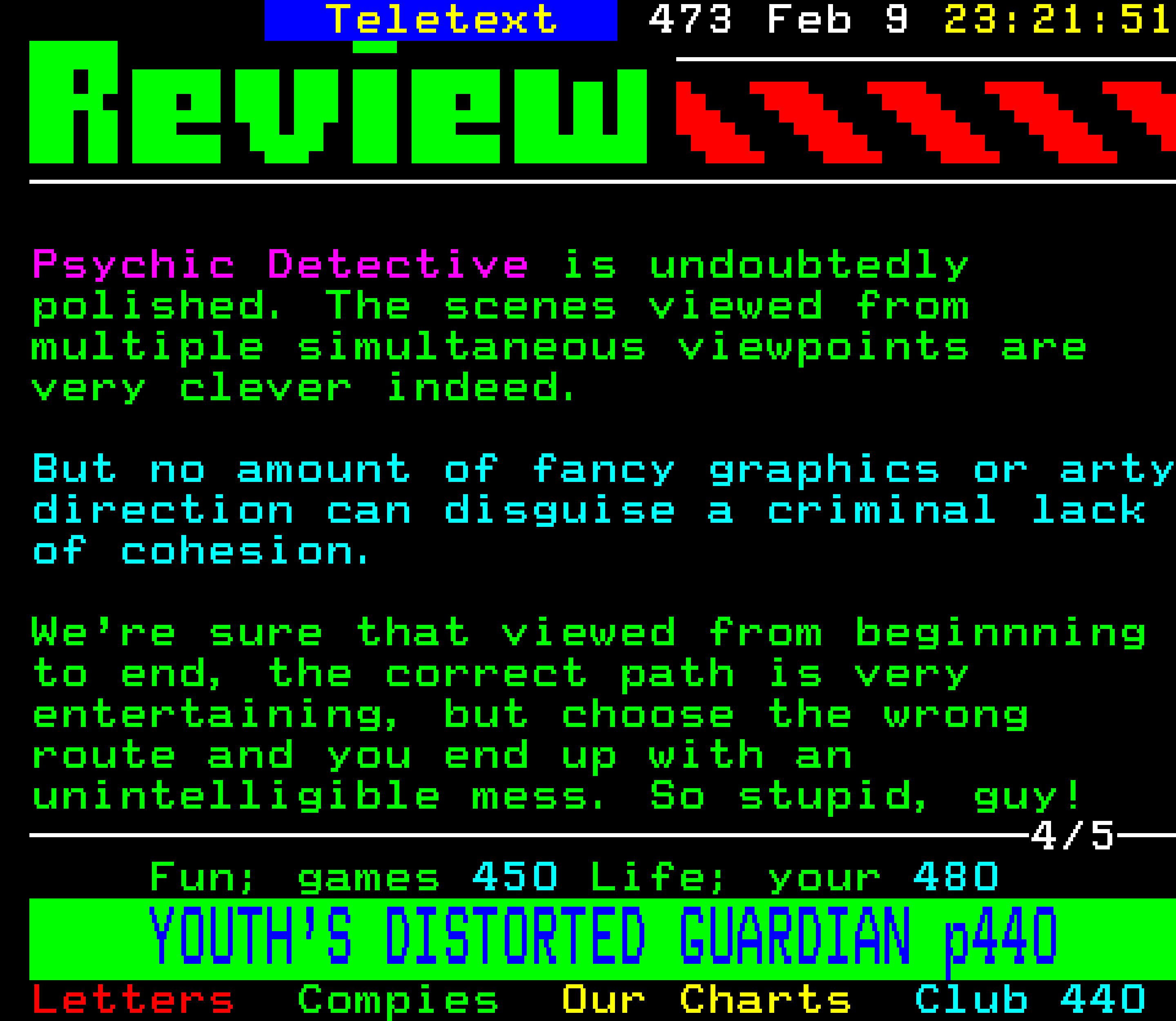 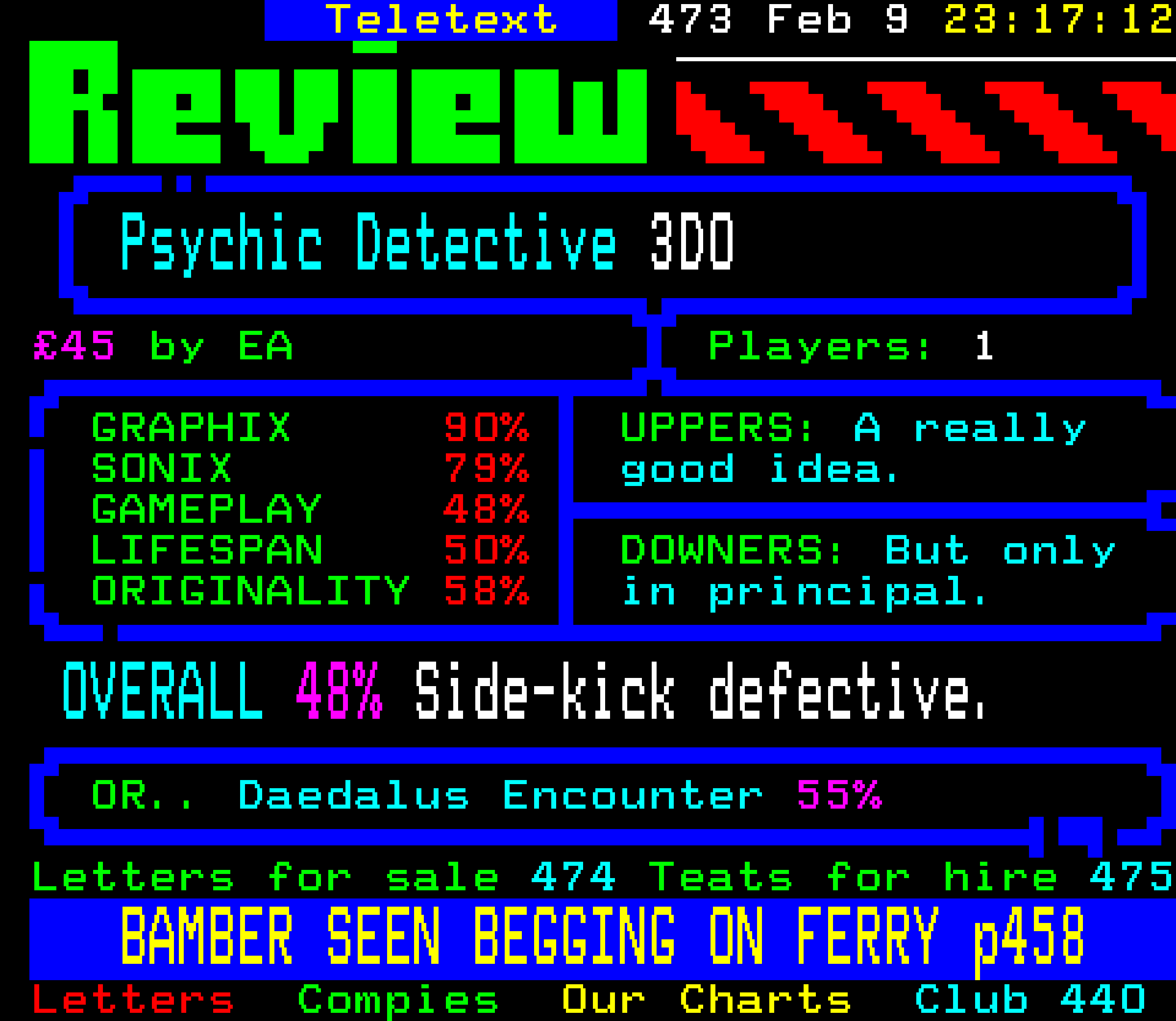 Have you ever been in a lift when hallucinogenic gas is pumped in and the doors open and all these people get in but they look like grey monsters and you're screaming and, and...?

Such a situation would be comparable to playing Psychic Detective: a grand mess-up of an interactive movie.

What we think is happening in Psychic Detective is this: as a psychic, you've been hired to investigate someone's death, or something. Or perhaps you have to retrieve an object.

As you encounter characters during the game, you can leap into their minds and watch the action from their point of view, thereby picking up clues.

Also, you may be challenged to a game of psychic football (chess).

The really stupid thing about Psychic Detective is that by leaping into the wrong character at the wrong time, you're likely to miss out on essential plot threads occuring elsewhere.

Stupidly, the game doesn't take this into account, and later your character will begin discussing stuff you've never even heard about.

Because you've missed an important description or scene, the story is suddenly rendered incoherent.

But no amount of fancy graphics or arty direction can disguise a criminal lack of cohesion.

We're sure that viewed from beginning to end, the correct path is very entertaining, but choose the wrong route and you will end up with an unintelligible mess. So stupid, guy!

Psychic Detective - 3DO - by EA