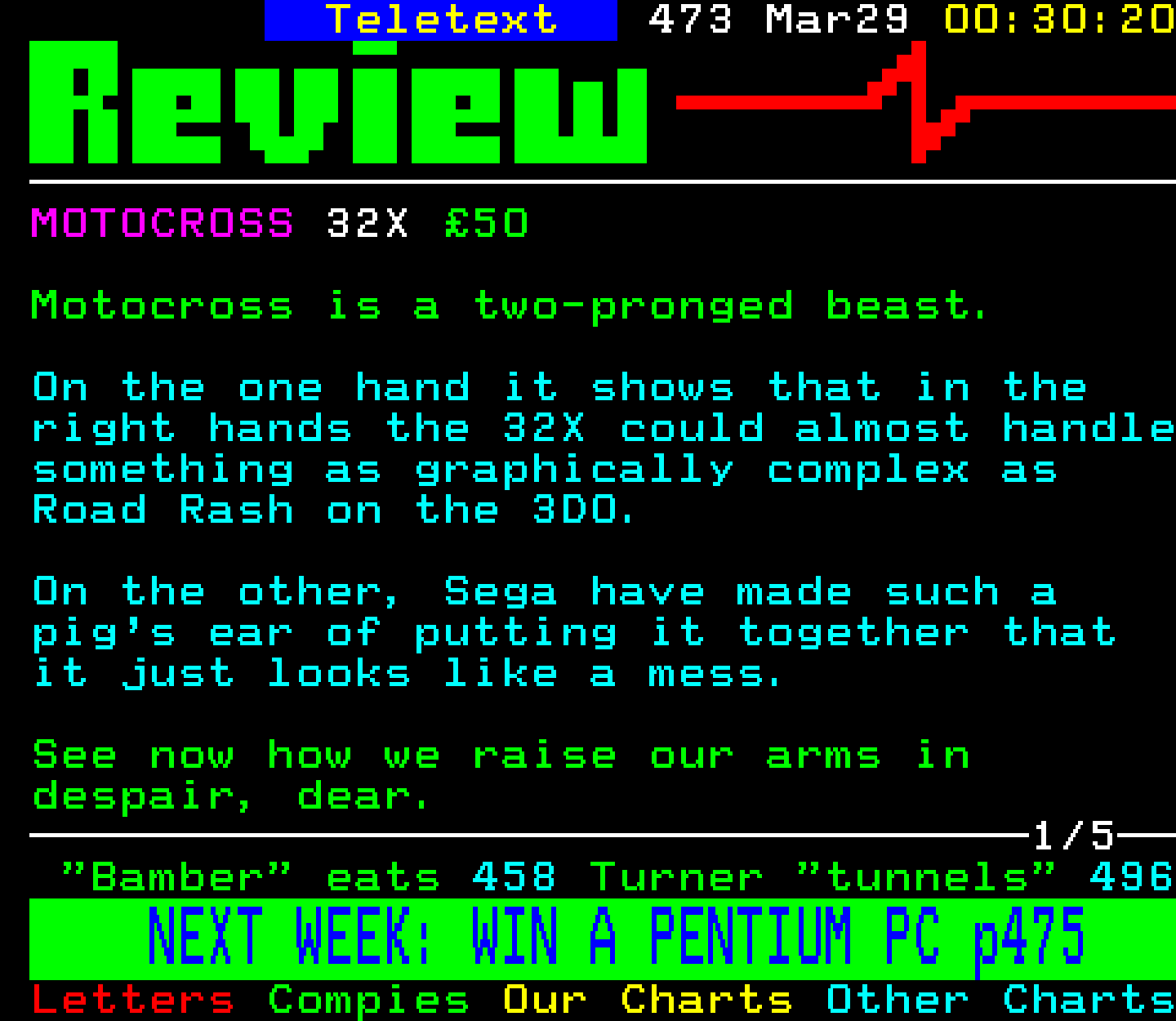 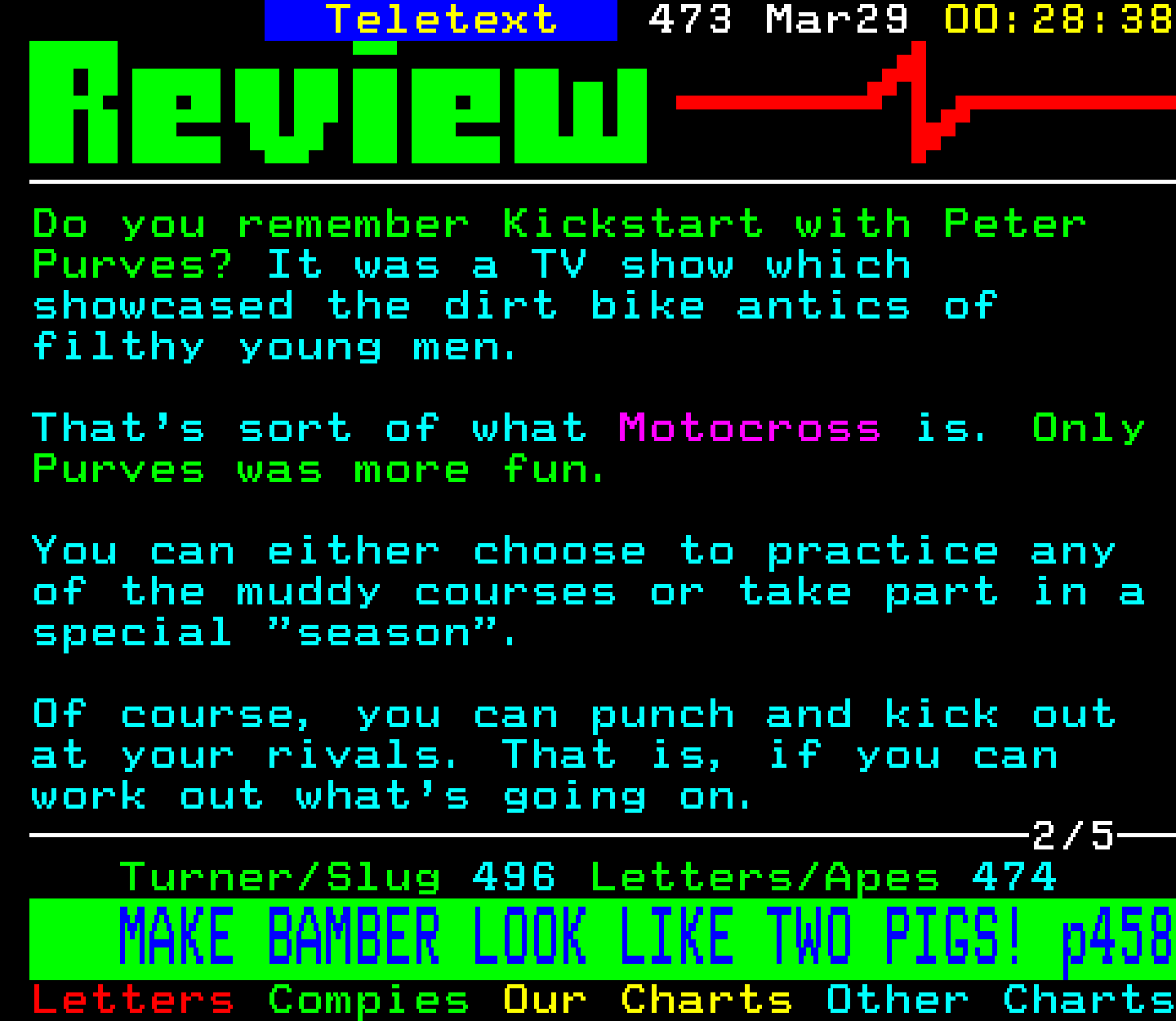 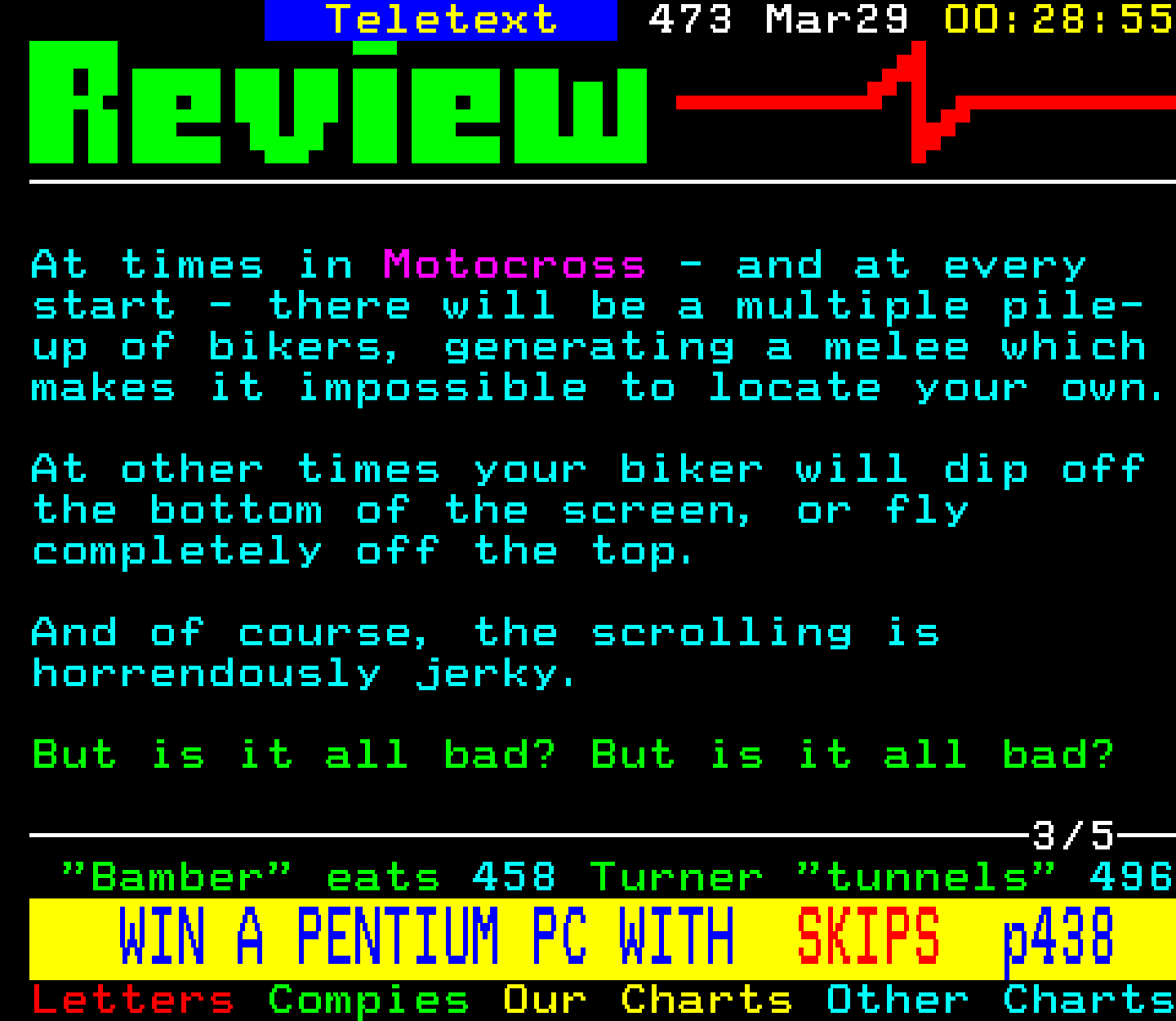 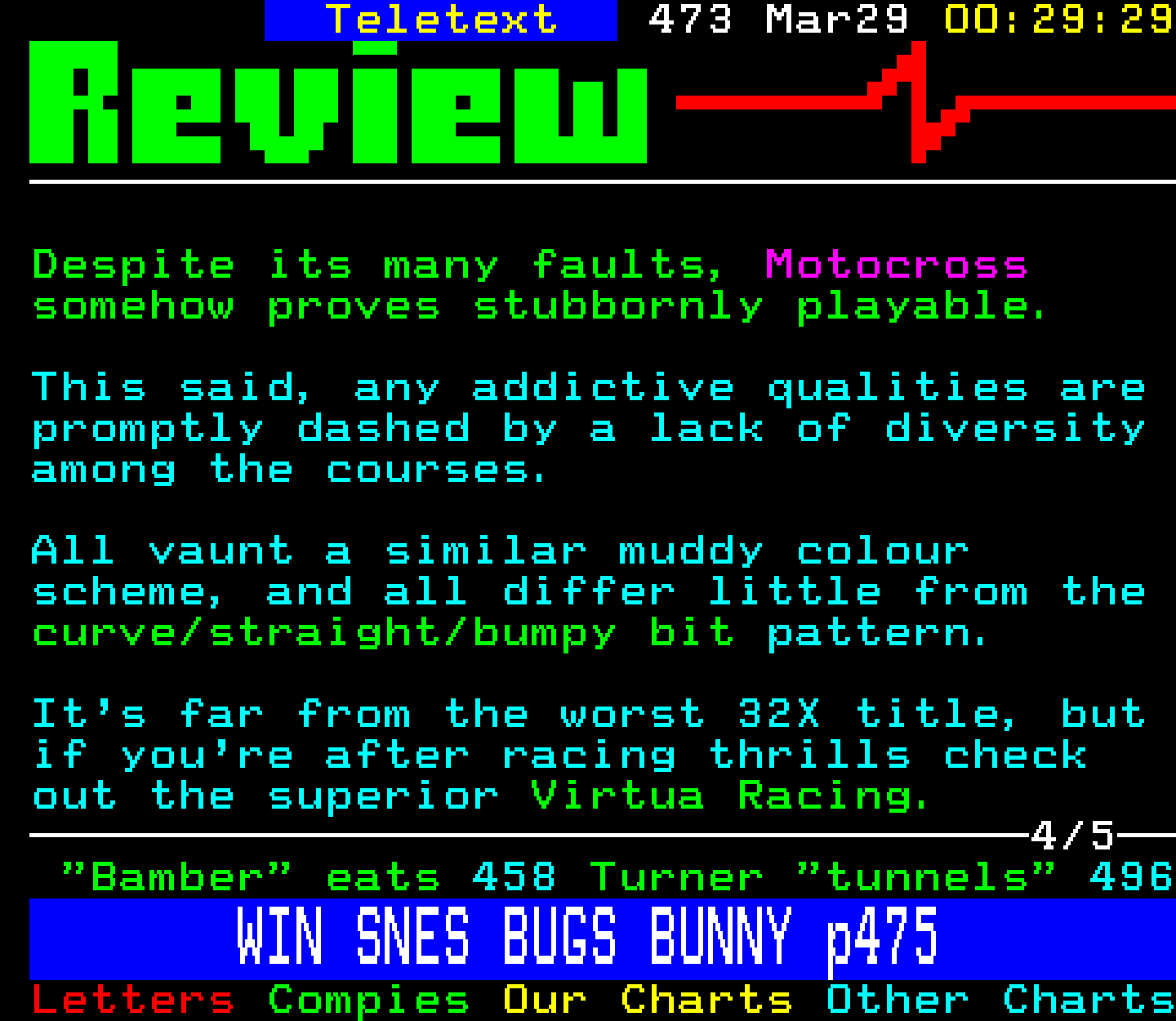 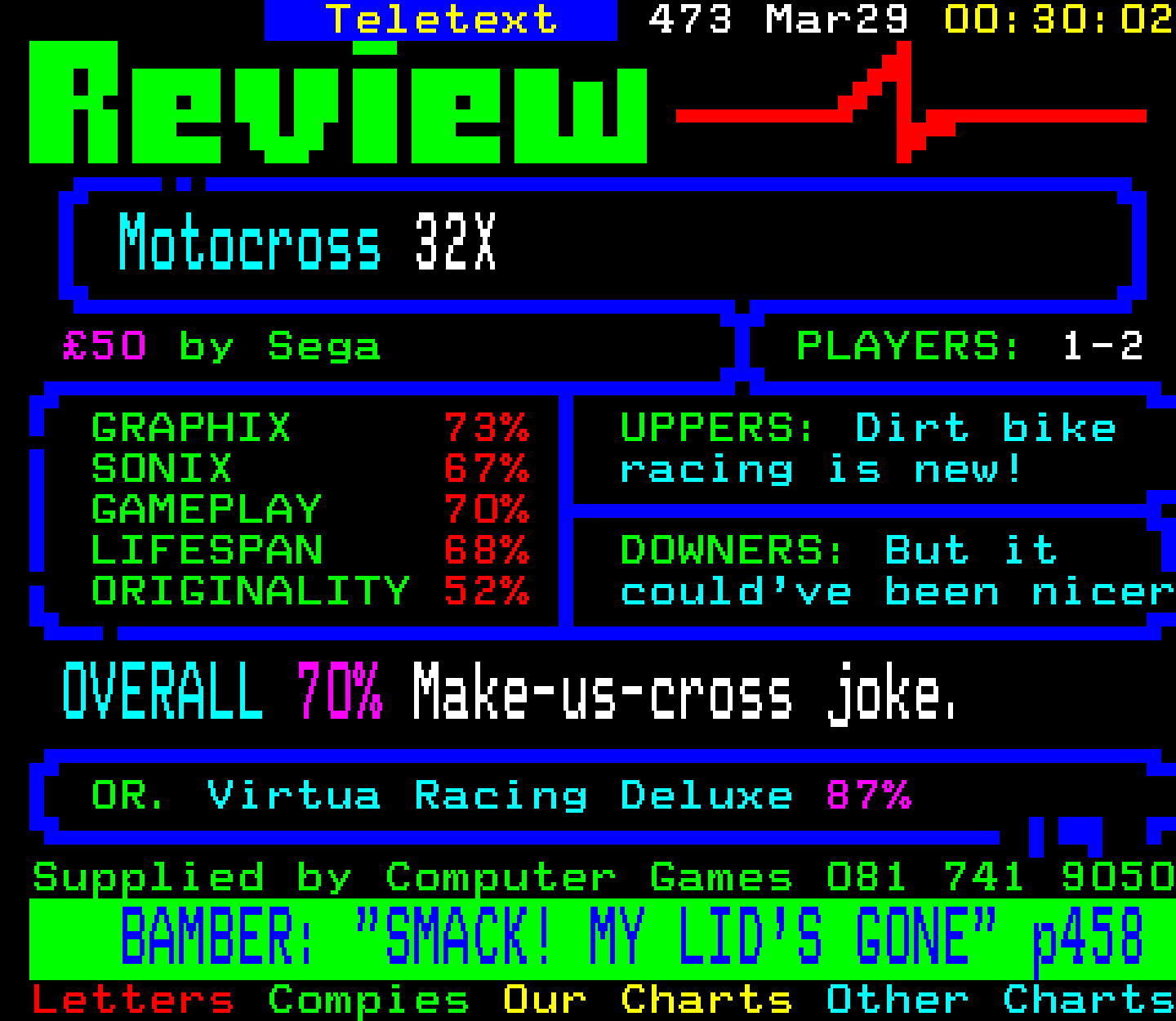 Motocross is a two-pronged beast.

On the one hand it shows that in the right hands the 32X could almost handle something as graphically complex as Road Rash on the 3DO.

On the other, Sega have made such a pig's ear of putting it together that it just looks like a mess.

See now how we raise our arms in despair, dear.

Do you remember Kickstart with Peter Purves? It was a TV show which showcased the dirt bike antics of filthy young men.

That's sort of what Motocross is. Only Purves was more fun.

You can either choose to practice any of the muddy courses or take part in a special "season".

Of course, you can punch and kick out at your rivals. That is, if you can work out what's going on.

At times in Motocross - and at every start - there will be a multiple pile-up of bikers, generating a melee which makes it impossible to locate your own.

At other times your biker will dip off the bottom of the screen, or fly completely off the top.

And, of course, the scrolling is horrendously jerky.

Despite its many faults, Motocross somehow proves stubbornly playable.

This said, any addictive qualities are promptly dashed by a lack of diversity among the courses.

All vaunt a similar muddy colour scheme, and all differ little from the curve/straight/bumpy bit pattern.

It's far from the worst 32X title, but if you're after racing thrills check out the superior Virtua Racing.