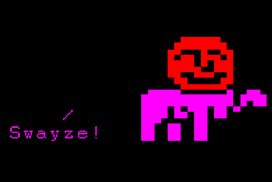 Chat Ed: Kevin and Paul are now with us! :) Welcome.

Ben: That was a good show... definitely potential there. Pilots are always hard, but I can see a future for this

David Lees: what came first, the name 'Knife and Wife' or the idea?

Paul Rose: Hopefully we can all see a future for it.

Kevin Eldon: Can you see into the future in any other way, Ben?

Paul Rose: I used to do a spoof newspaper when I was at school and the first idea was intended to be like The Sun's George and Lynne strip. Originally the wife was topless and had a square head too.

Chris_Allcock: Hi Paul - how hard was it to walk the lines between personal tastes, in-jokes (like the bins) and mainstream (well, for C4) humour for the none-Bubblegunners?

Paul Rose: Hello Chris. I think if we went to a series I'd try more to please myself than to try and please everyone.

Avram: Should the show become a series, will you work with other writers so as to cram in as many jokes as possible, ala The Simpsons?

Paul Rose: Yes I probably would like to, I'm working at the moment with Ricky Grover who does Bulla.

A Handsome Crab: Paul: if the show was to go into a fullseries, how would this affect your other work such as bubblegun and digi?

Paul Rose: Ooh I don't know, it depends how many episodes they wanted and how soon etc.

Tommy: Hello Paul, why did you credit the show to yourself and not the psuedonym Mr. Biffo?

Paul Rose : Because um...it's my name and Mr Biffo is a bit of an albatross around my neck now.

Fistsoffudge: do you prefer to write sitting down or in Ipswich?

Kevin Eldon: I like pacing when I write, to get the brain moving.

DeadSummer: I'd like to know....why were the big black lines so big?

Paul Rose: That was something that I stole from Clerks the Animated series actually, I hold my hands up.

PAuLiNe tReASoN!: Here is a question for K Eldon: What is your favourite colour?

flatsy: how do you think the pilot could have been better? What were you aiming for that you didn't acheive?

Paul Rose: I'm my own biggest critic anyway, so I'd probably re-do the whole lot and make him a horse instead of a chicken or something. But I'd probably like to put more jokes in and keep the pace faster.

Burai: Why was Knife more 'angry', compared to the comic where he was a complete psycho?

Paul Rose: I wanted to tone it down for a family audience. If we went to a series I'd make the whole thing slightly more edgy.

Kevin Eldon: I did a Comedy Lab about 4 years ago which was a good kind of learning experience. In 5 years time I may be an ordained Archbishop in Somalia.

FistsofFudge: Here's one for Kevin Eldon: How does working with Paul compare to working with Chris Morris? Who drinks more?

Kevin Eldon: They drink the same as far as I can work out. They were completely different experiences, both very pleasurable...except that Paul is a ... oooh no!

George-TeDDY: Hi Kev its George from the teddy video, remember? What happened to your underpants when you found out you would be working with T. Jones?

Kevin Eldon: Well, they enlarged and then shrank again along with my heart. It was marvellous to work with T. Jones. Hello by the way george. To everyone in here George sent me and Simon Munnery a tape of him and his mates arsing around in various sketches which were very funny indeed. It's great to meet a hero but when he turns out to be a very nice man as well, that's a bonus.

Paul Rose: And he bought us all a drink too.

themansdaddy: What are your main comedy influences - apart from alcohol?

Kevin Eldon: Monty Python for me and the the Bonzo Dog Doo Dah band (a comedy band from the 60s). I like Dad's Army and the Likely Lads too, classic sitcoms.

Paul Rose: I like the Pythons too. Dad's Army gets a nod too. The comedy store lot too were influential when I was a wee lad.

Kevin Eldon: Rik Mayall doing Kevin Turvy was always good. We'll have to stop now otherwise it will just be 4 pages of lists!

Damien: Paul, have you ever thought of bringing any other of your bubblegun/digi characters to life in cartoons in the future (apart from the snakes who apparently are on fox kids)?

Paul Rose: We did a pilot for Fox Kids, don't know if they will commission a series. There was talk of doing a Captain Embryo animated series for the E4 website, but not sure about that. Never throw away ideas though.

errrrrmDunno: how did you lot first get into Comedy writting?

Paul Rose: By accident. I was writing with a friend of mine called Tim Moore about 6 years ago and we weren't writing comedy as such but we decided to put our in jokes down and sent them off to some people who bought an option into it. It never got made though.

Kevin Eldon: I started doing silly cartoons and comic strips at school. Then when I was in bands we used to play at the same venues a lot and to keep it interesting I used to do sketches in between songs and roped the other members into it. I then continued to write sketches at drama school.

Tetsujin: can that guy set ANYTHING on fire?

RED: Paul: will the digi characters live on in other non-teletext formats?

Paul Rose: Yes, if I have anything to do with it.

themansdaddy: Kevin: do you feel that Richard Bacon is scaryily similar to Alan Partridge?

Tommy: Kevin, were you familiar with the whole digitiser / bubblegun phenomonen before you began working with Paul? Did you know of his alternate identity?

Kevin Eldon: No I wasn't. I was completely in the dark about it. I just saw the script for that programme and there were 2 things that made me want to be in it. One was Terry Jones and the other was it was really well written stuff.

flatsy: why does knife wear clothes in the TV show but not the comics?

Paul Rose: I just wanted to make him slightly more human so that in the future we can have jokes with his trousers removed etc.

ollie: why was that woman married to a chicken? is she a pervert?

Paul Rose: Yes, and it's probably something that we'll deal with should we go forward with the programme.

gee-eff-kee: Have either of you ever asked any kids to stay away from your own - or any other - bins?

Paul Rose: Yes I have and that's where it comes from. In fact the kids where I used to live used to call me Hitler because I was always shouting at them to stay away from my bins etc.

Kevin Eldon: I haven't got any bins. I use next-door's garden.

Zobbster: Paul and Kevin, do you ever have any problems with the public? Such as people screaming catch phrases at you?

Kevin Eldon: So far I've been lucky in that if people say something it's not usually shouted and it's entire sentences rather than catch phrases.

Gwil: I have to wee, but I don't want to miss anything, is this chat worth risking the potential kidney damage?

Paul Rose: You're probably the best judge of that.

Kevin Eldon: The fact that you're mentioning 'wee' in a public forum makes us suspicious (in a bad kind of way).

Paul Rose: And also a slightly sexual kind of way.

Paul Rose: These were a series of spoof phonecalls that I used to run on my site, they were genuine but then I started to make them up because I got bored doing it. There you go, there's an exclusive for you.

Smilin_Peter: I've had some trouble with my bin being mysteriously moved overnight. Any advice?

Kevin Eldon: Mine them.

damone: in percentage format, how likely are we to see K&W appear as a series?

Paul Rose: I haven't got a clue, it's in the hands of the execs at C4. I like to think there is a no percent chance because a pessimist is never disappointed.

im_in_yr_13: Hi Paul. When your trying to write something funny, whose opinion do you ask to see if its actually funny? Confusing question I know.

Paul Rose: I'm terrible actually. I hate showing anything to anyone, but in this instance it was a guy called Robert Popper, my Commissioning Editor.

Chat Ed: Our half hour with Paul and Kevin is nearly up, so last two questions now, thanks...

Tommy: What would you do if you actually met Mr T and he'd seen Bubblegun, and wanted to create a series of spoof informercials?

Paul Rose: I'd tell him to stay away from my bins!

DF: Paul, Kelvin, What advice would you give to an aspiring comedian?

Chat Ed: That's it! Thanks for that Paul and Kevin - great stuff! Thanks for joining us tonight everyone.

Paul Rose: Thank you all for joining in and write in and make us get a series!

George-TeDDY: c ya kevin, keep up the good work!

Kevin Eldon: It's been a pleasure to talk to you, thanks for watching, night night.

Paul Rose: Stay away from our bins! 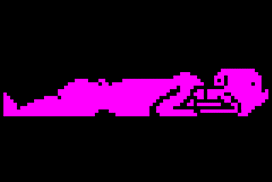