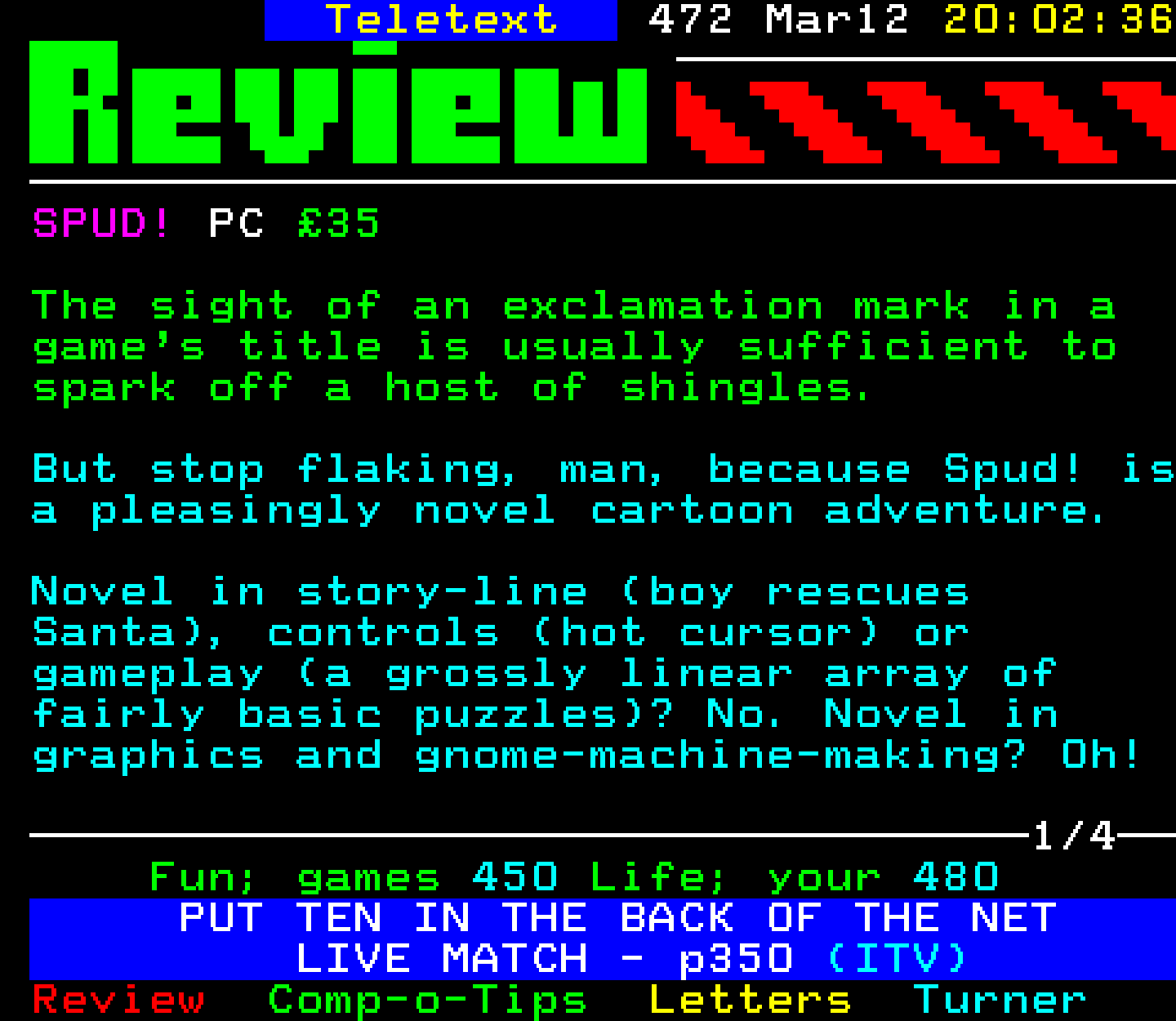 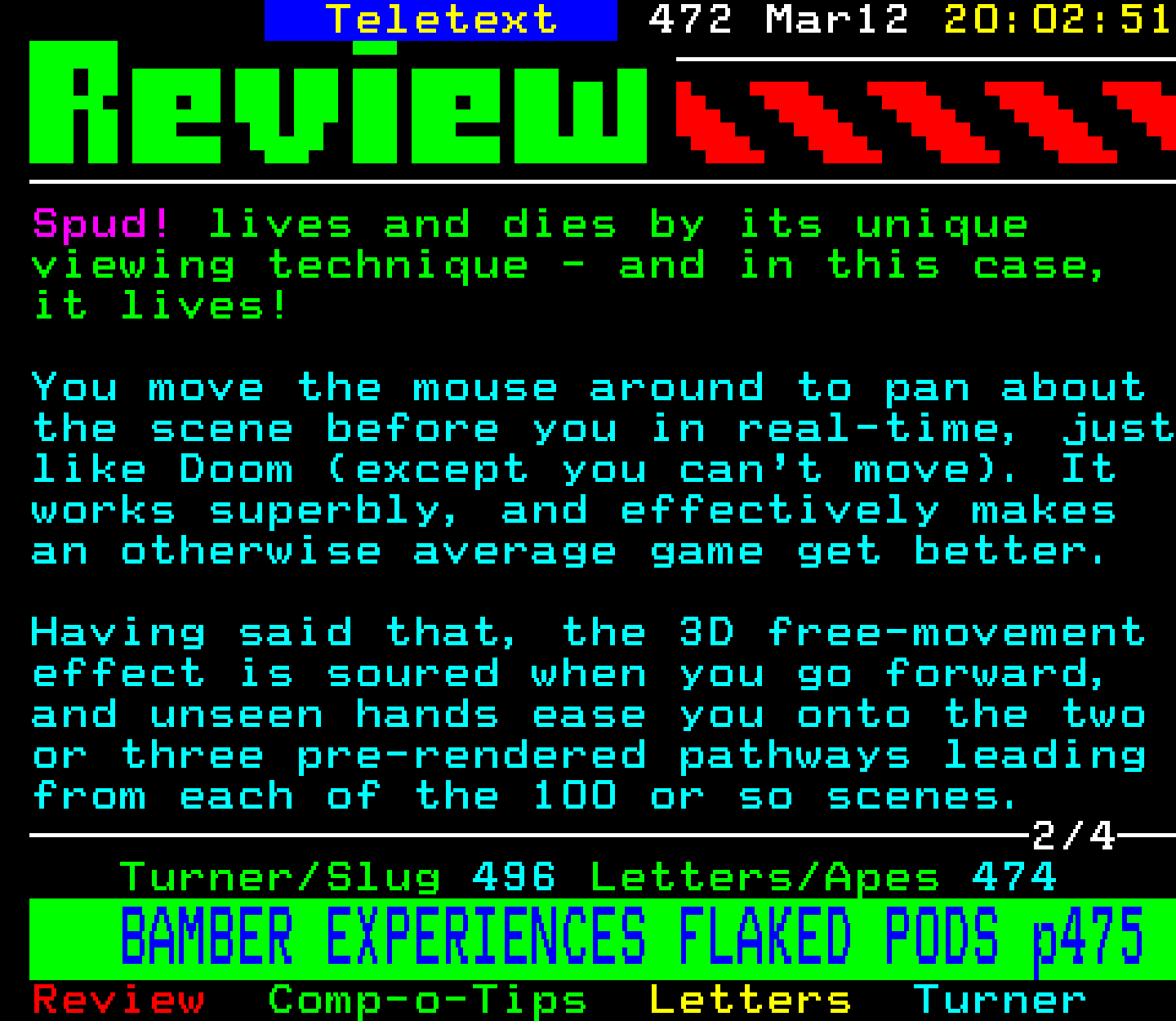 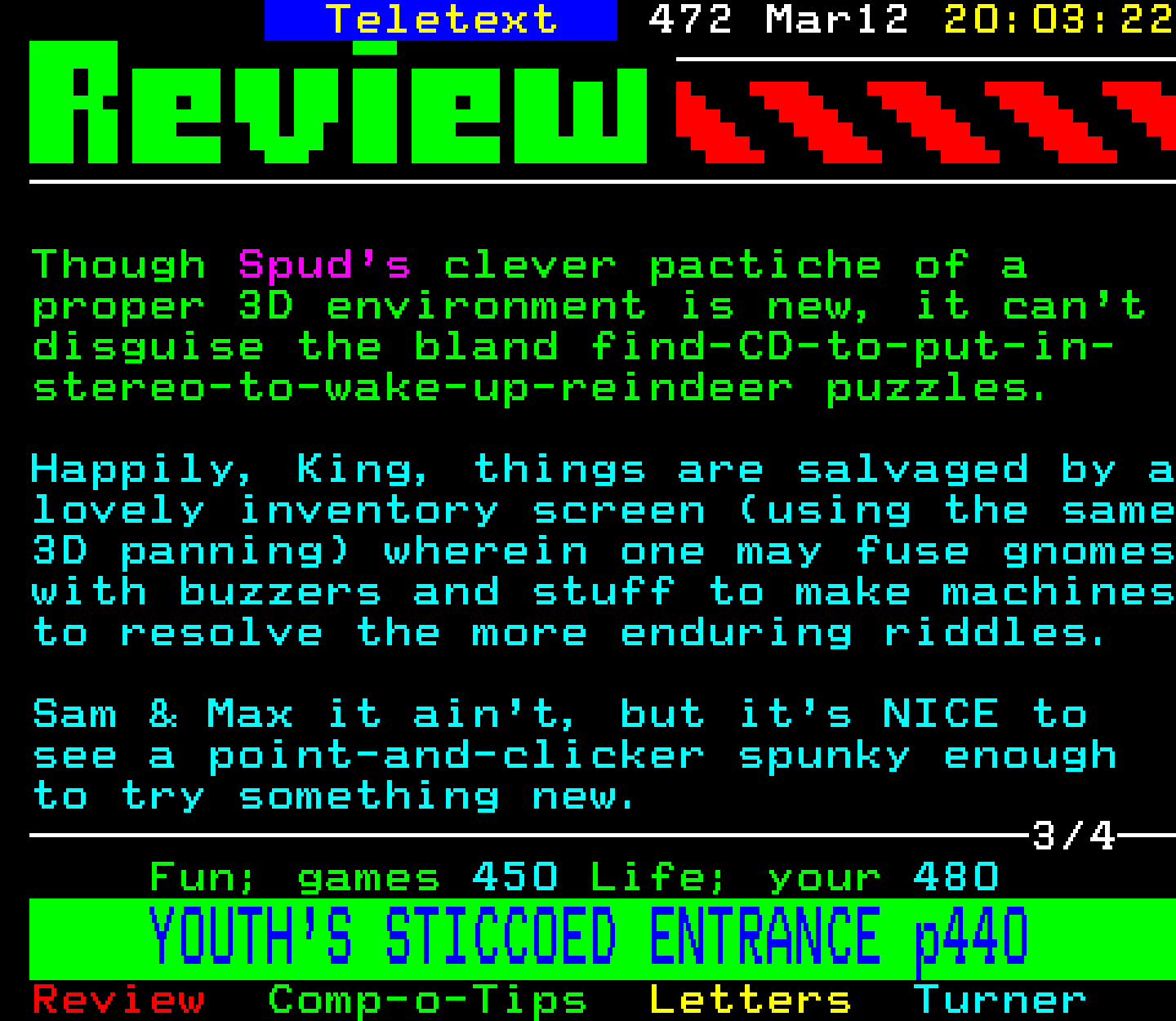 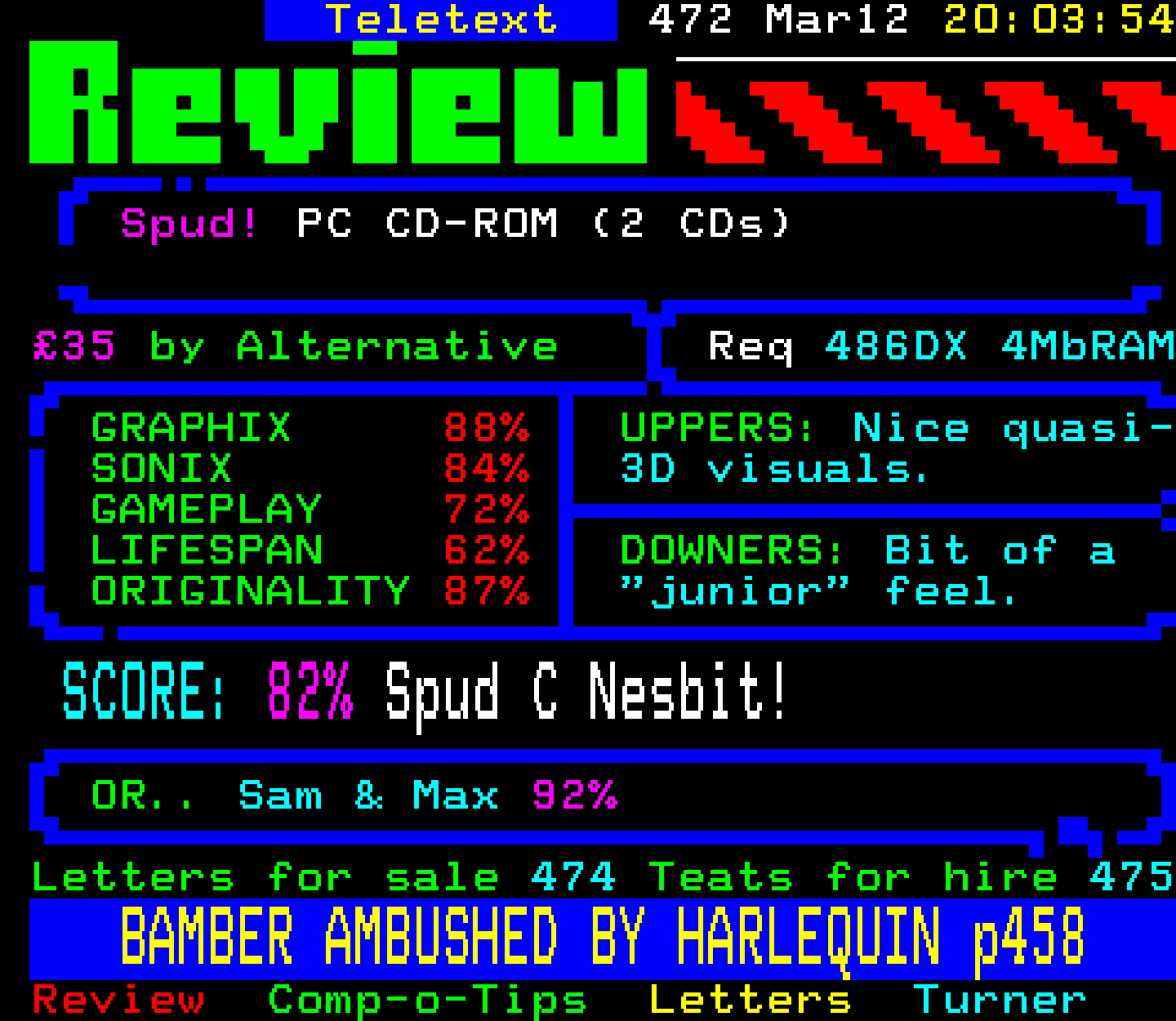 The sight of an exclamation mark in a game's title is usually sufficient to spark off a bout of shingles.

Spud! lives and dies by its unique viewing technique - and in this case, it lives!

You move the mouse around to pan about the scene before you in real-time, just like Doom (except you can't move). It works superbly, and effectively makes an otherwise average game get better.

Having said that, the 3D free-movement effect is soured when you go forward, and unseen hands ease you onto the two or three pre-rendered pathways leading from each of the 100 or so screens.

Though Spud's clever pastiche of a proper 3D environment is fun, it can't disguise the bland find-CD-to-put-in-stereo-to-wake-up-reindeer puzzles.

Happily, King, things are salvaged by a lovely inventory screen (using the same 3D panning) wherein one may fuse gnomes with buzzers and stuff to make machines to resolve the more enduring riddles.

Sam & Max it ain't, but it's so nice to see a point-and-clicker spunky enough to try something new.