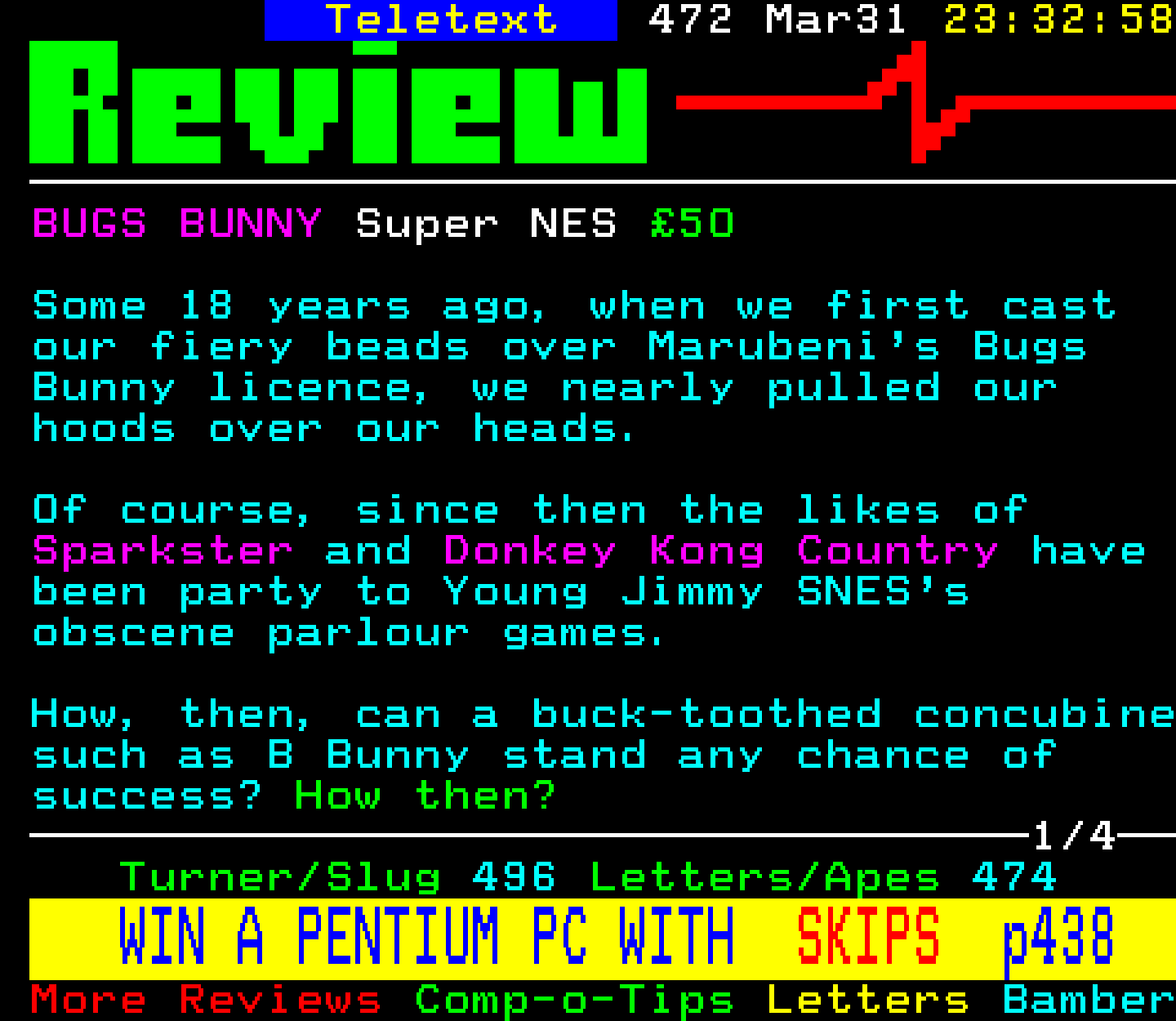 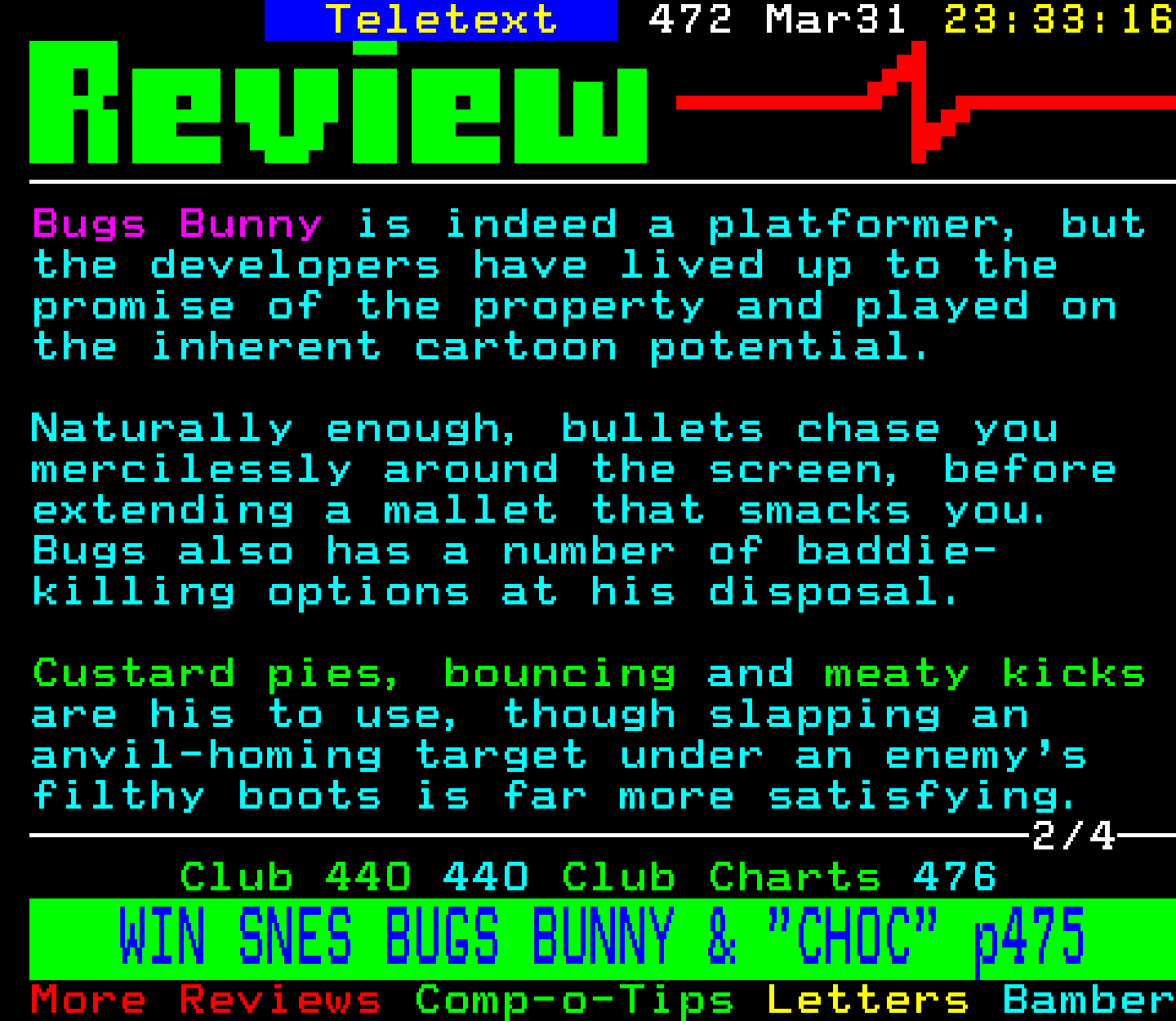 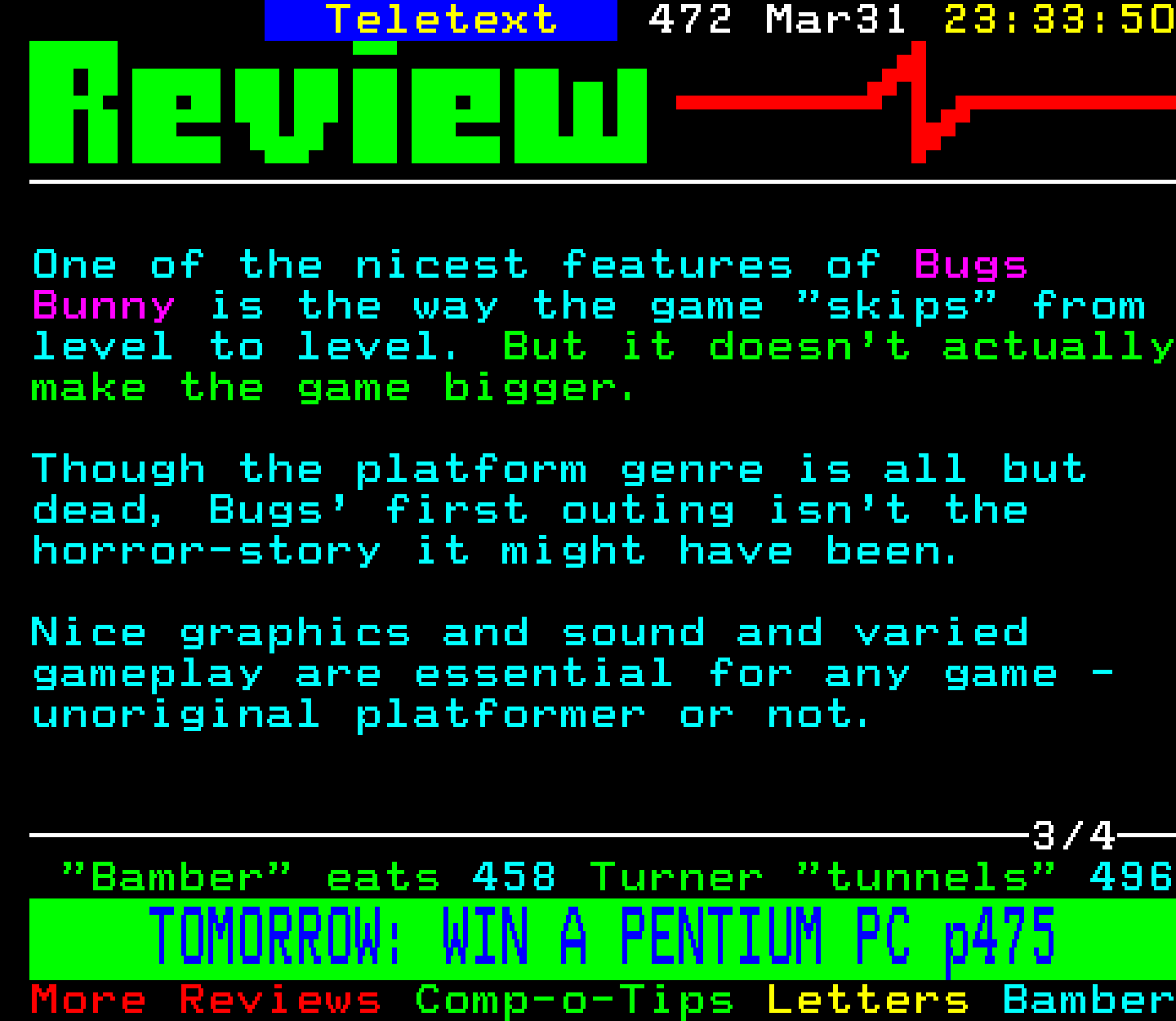 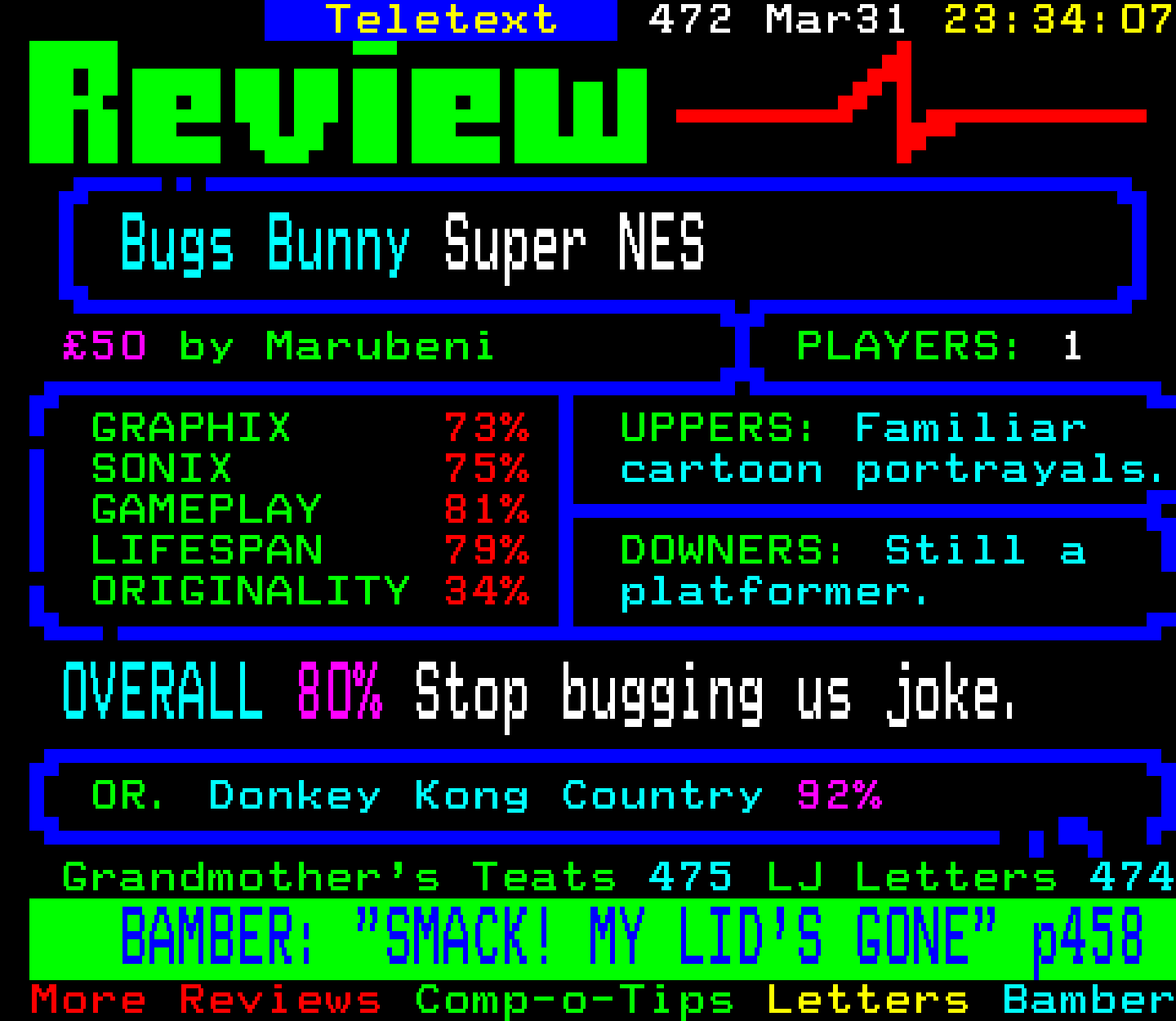 Some 18 years ago, when we first cast our fiery beads over Marubeni's Bugs Bunny licence, we nearly pulled our hoods over our heads.

Of course, since then the likes of Sparkster and Donkey Kong Country have been party to Young Jimmy SNES's obscene parlour games.

How, then, can a buck-toothed concubine such as Bugs Bunny stand any chance of success? How then?

Bugs Bunny is indeed a platformer, but the developers have lived up to the promise of the property and played on the inherent cartoon potential.

Naturally enough, bullets chase you mercilessly around the screen, before extending a mallet and smacking you up. Bugs also has a number of baddie-killing options at his disposal.

Custard pies, bouncing and meaty kicks are his to use, though slapping an anvil-homing target under an enemy's filthy boots is far more satisfying.

One of the nicest features of Bugs Bunny is the way the game "skips" from level to level - often missing out "100s" of stages in between. But it doesn't actually make the game bigger.

Though the platform genre is all but dead, Bugs' first outing isn't the horror-story it might have been.

Nice graphics and sound and varied gameplay are essential for any game - unoriginal platformer or not.