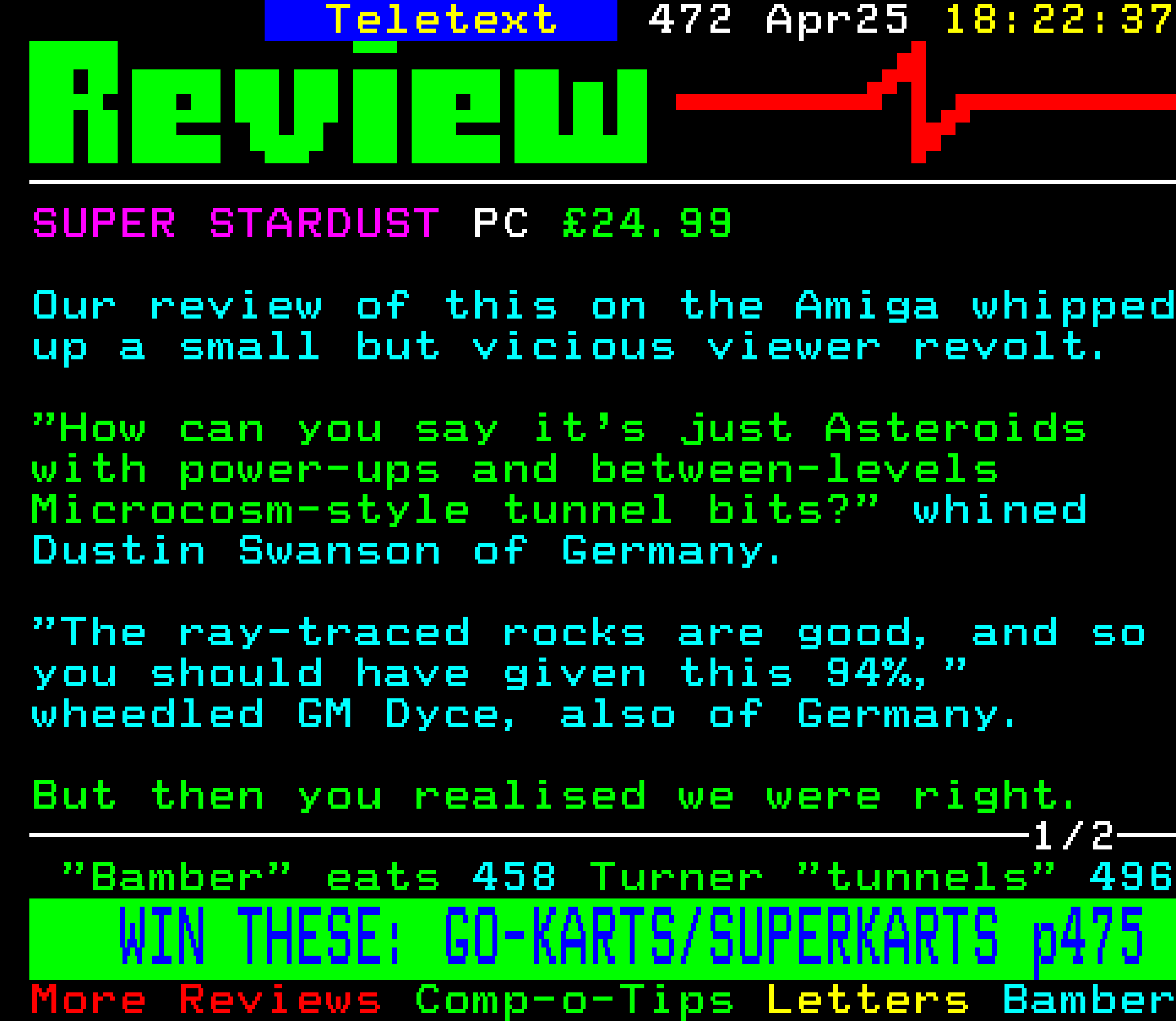 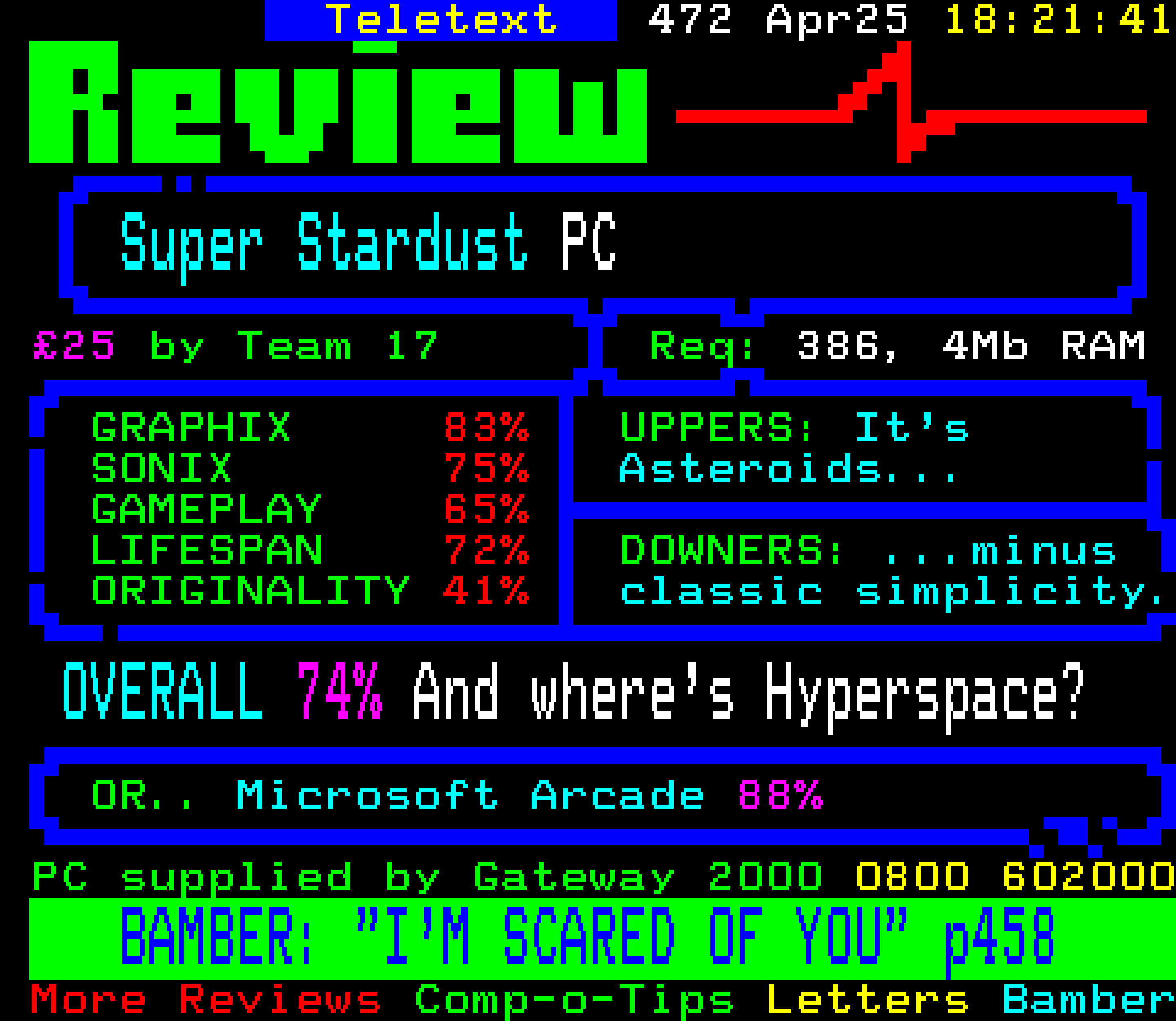 Our review of this on the Amiga whipped up a small but vicious viewer revolt.

"How can you say it's just Asteroids with power-ups and between-levels Microcosm-style tunnel bits?" whined Dustin Swanson of Germany.

"The ray-traced rocks are good, and so you should have given this 94%", wheedled GM Dyce, also of Germany.

But then you realised we were right. 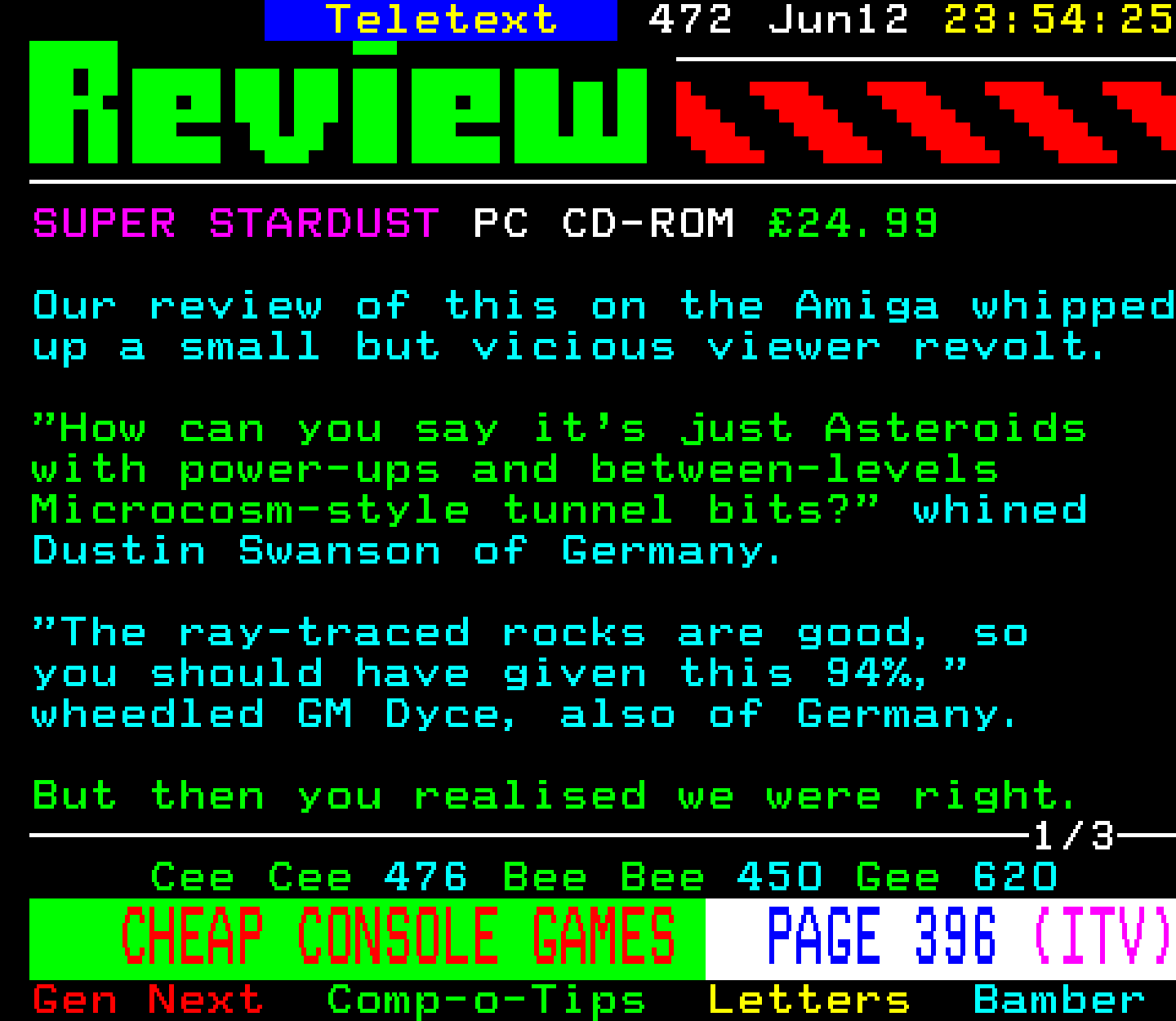 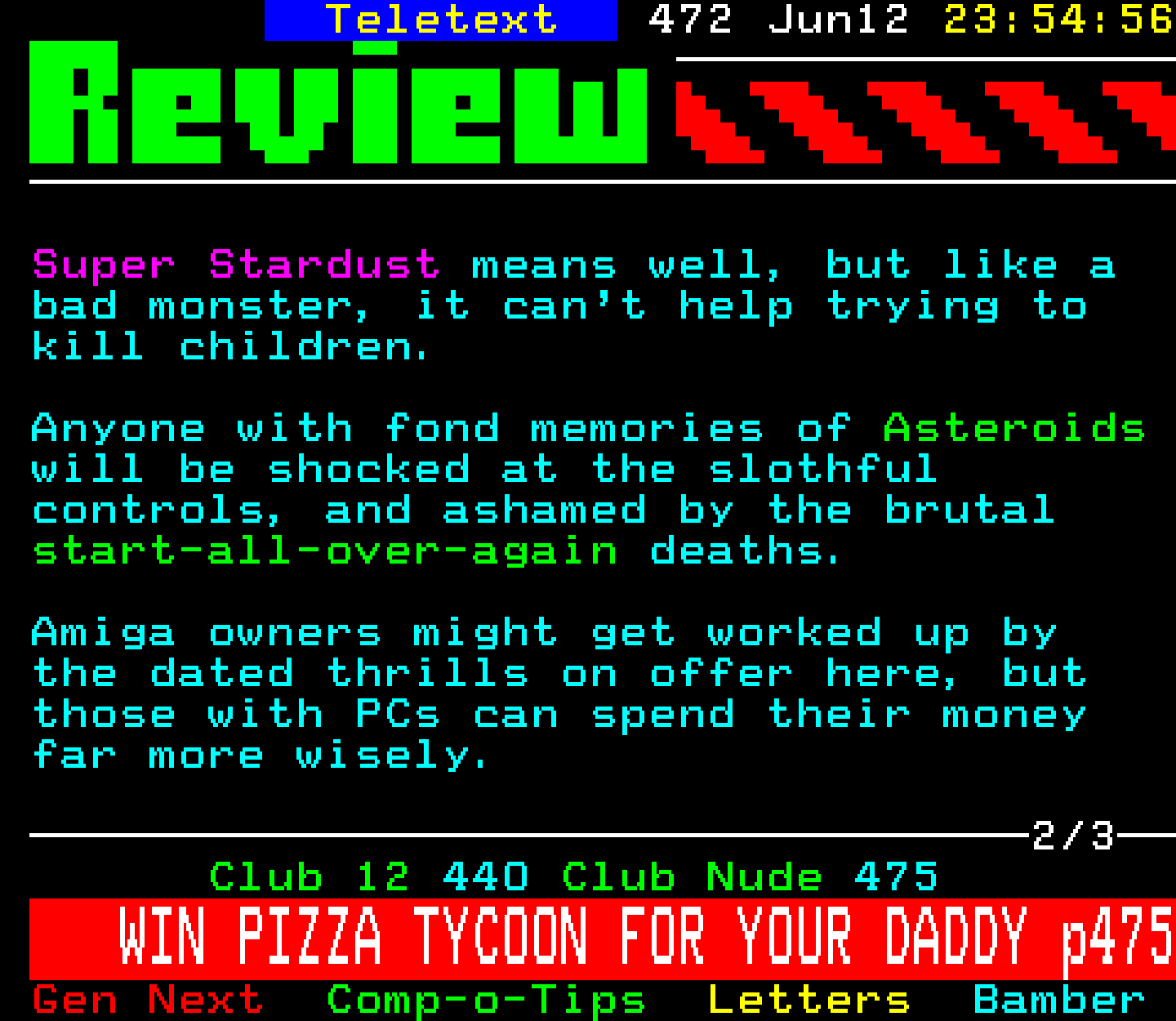 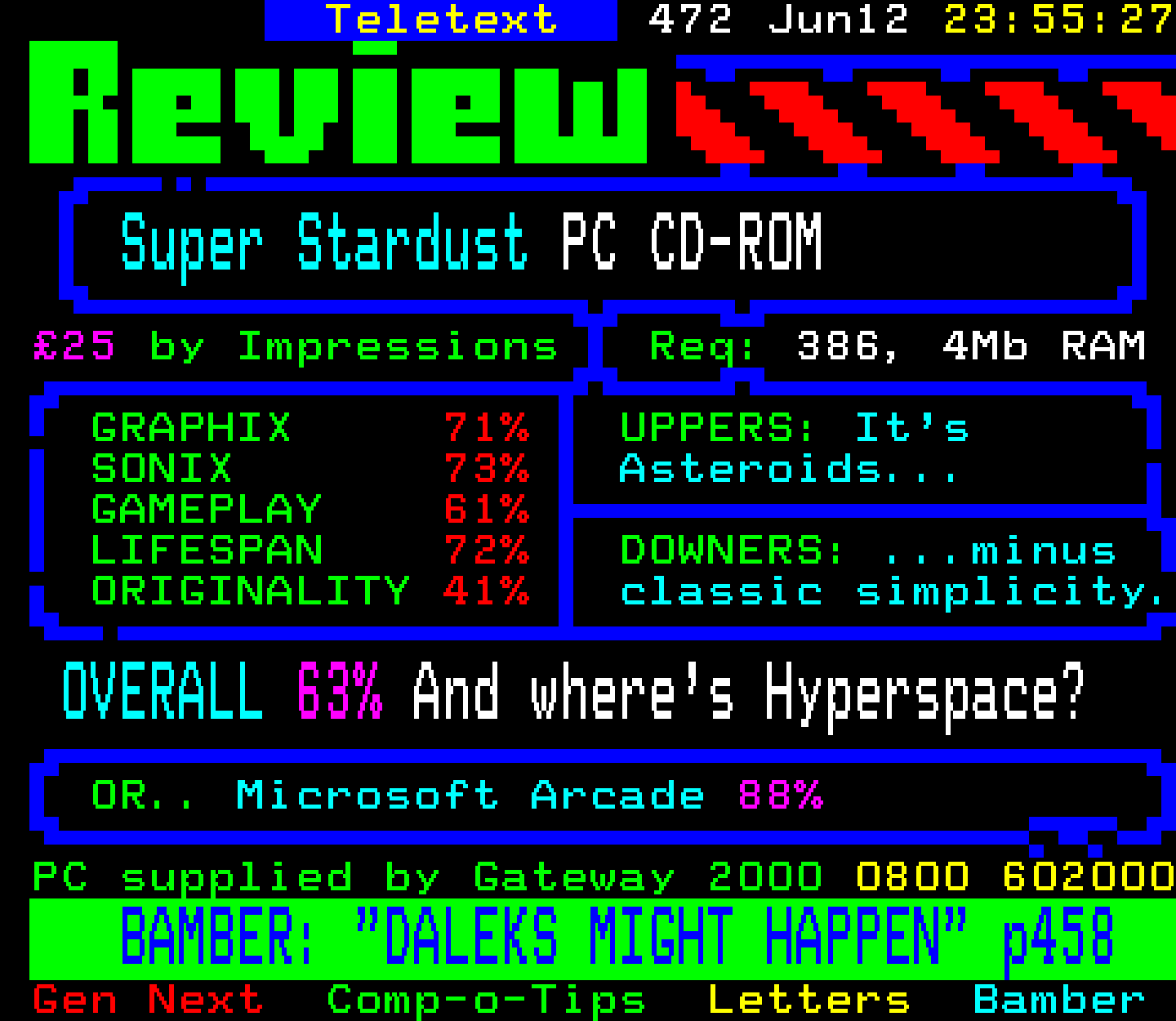 A PC game on floppy disks...

We got roundly abused by Amiga owners for not giving this updated Asteroids the 97 per cent it clearly deserved, but somehow we don't predict the same response from the PC fraternity.

The raytraced rocks look nice enough, and it's certainly tough, but your big, clumsy ship is no match for the svelte little fellow from Asteroids. And the Microcosm-style tunnel is a bit silly.