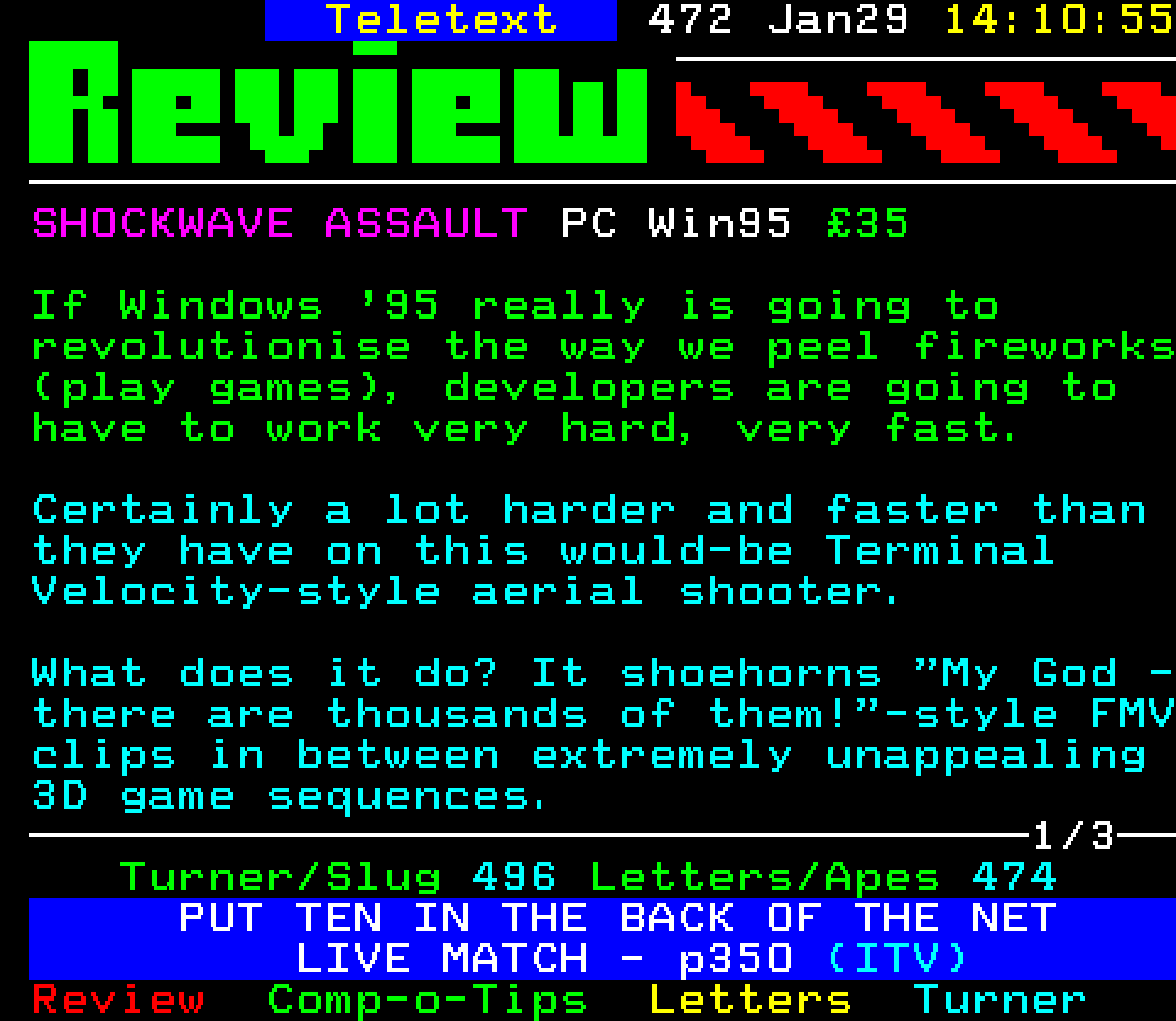 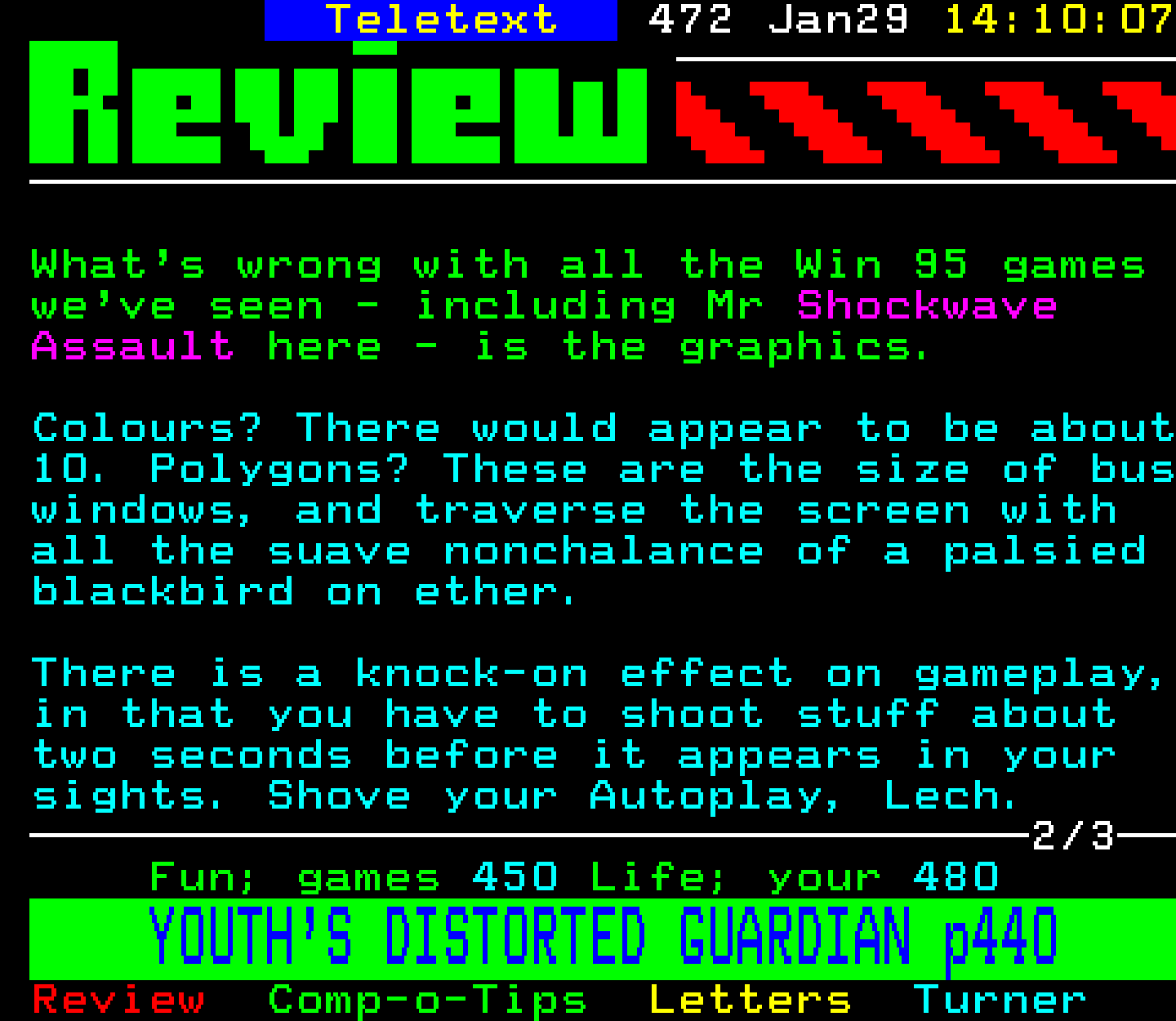 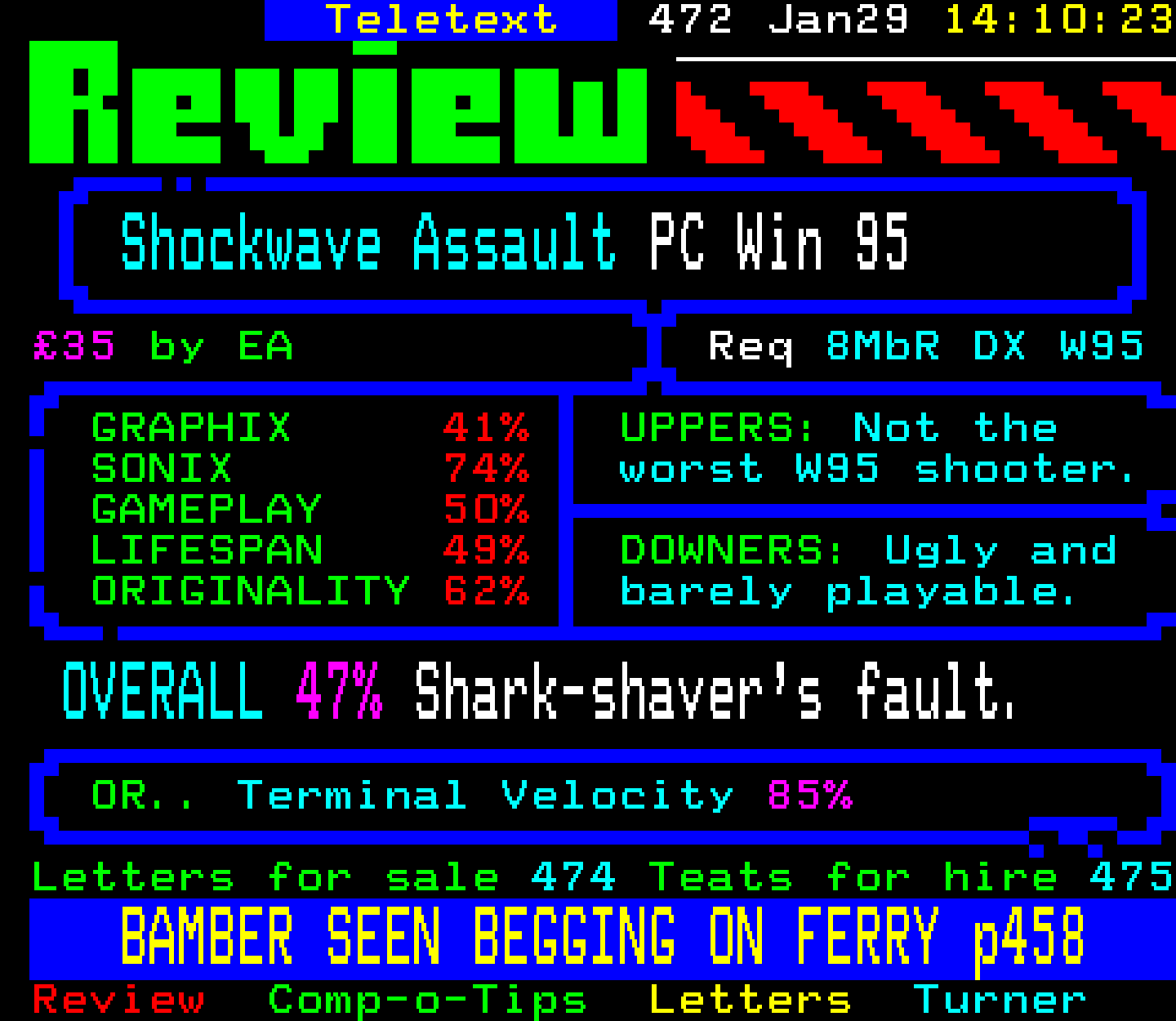 If Windows '95 really is going to revolutionise the way we peel fireworks (play games), developers are going to have to work very hard, very fast.

Certainly a lot harder and faster than they have on this would-be Terminal Velocity-style aerial shooter.

What does it do? It shoehorns "My God - there are thousands of them!" - style FMV clips in between extremely unappealing 3D game sequences.

What's wrong with all the Win 95 games we've seen - including Mr Shockwave Assault here - is the graphics.

Colours? There would appear to be about 10. Polygons? These are the size of bus windows, and traverse the screen with all the suave nonchalance of a palsied blackbird on ether.

There is a knock-on effect on gameplay, in that you have to shoot stuff about two seconds before it appears in your sights. Shove your Autoplay, Lech.