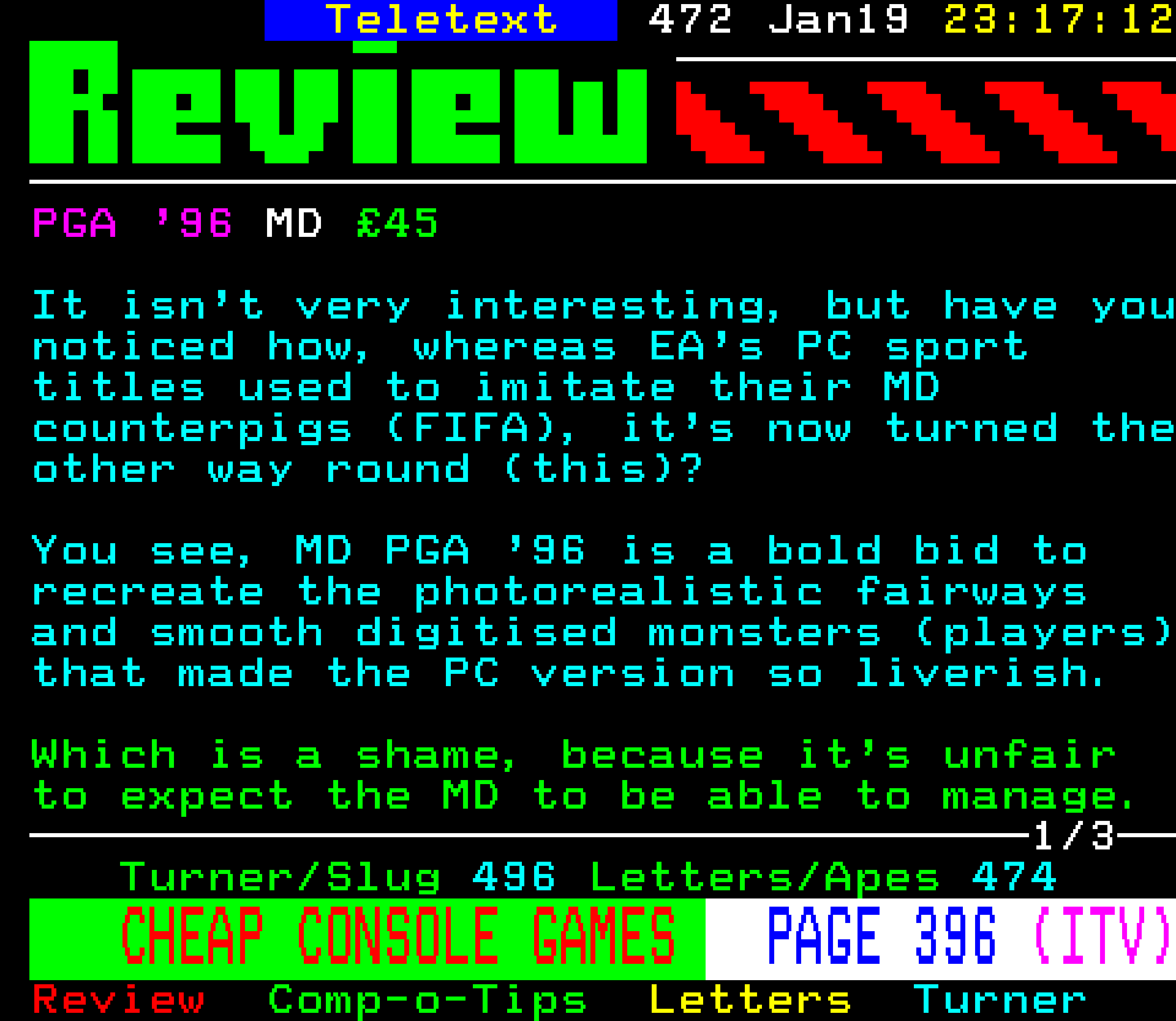 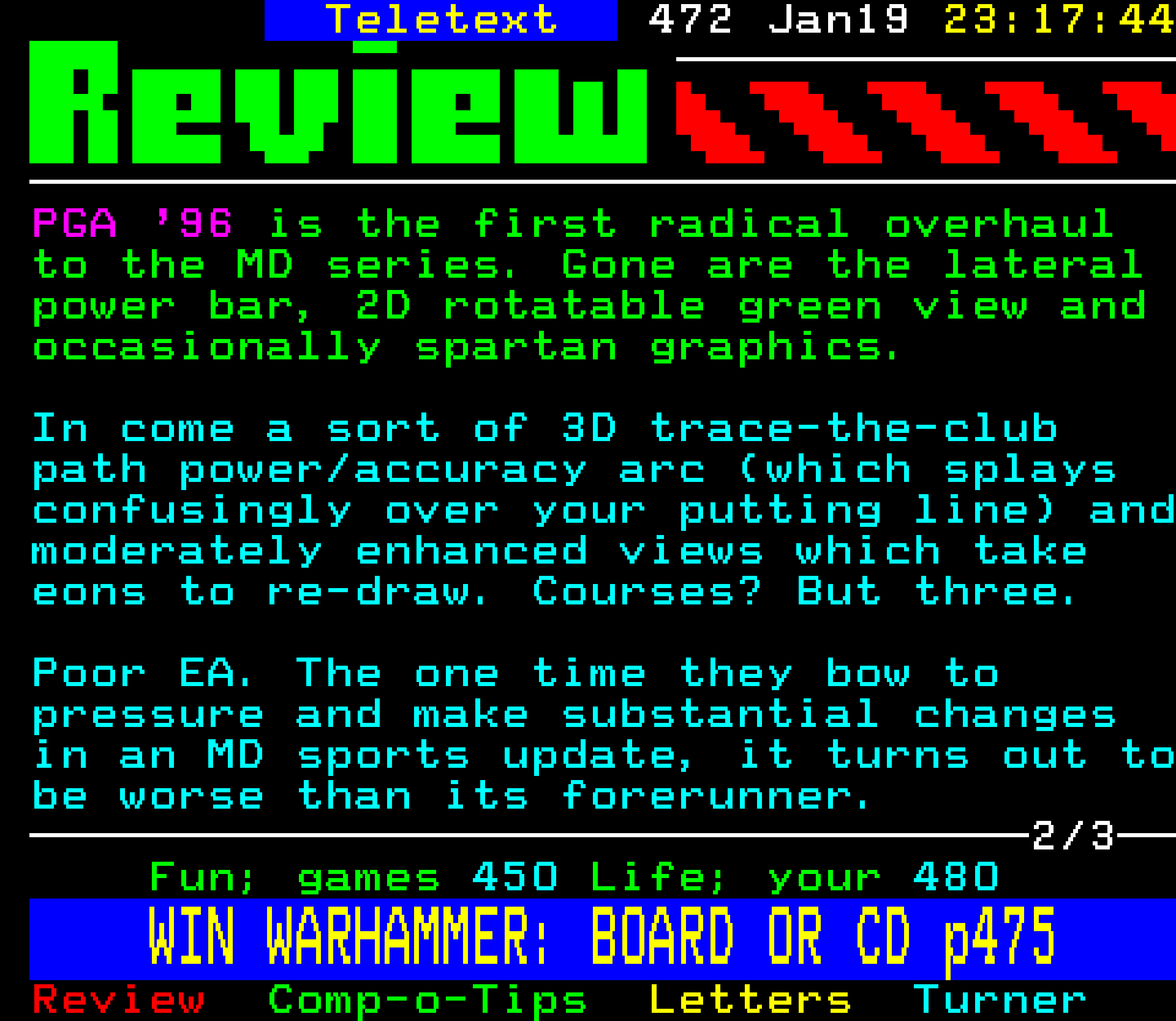 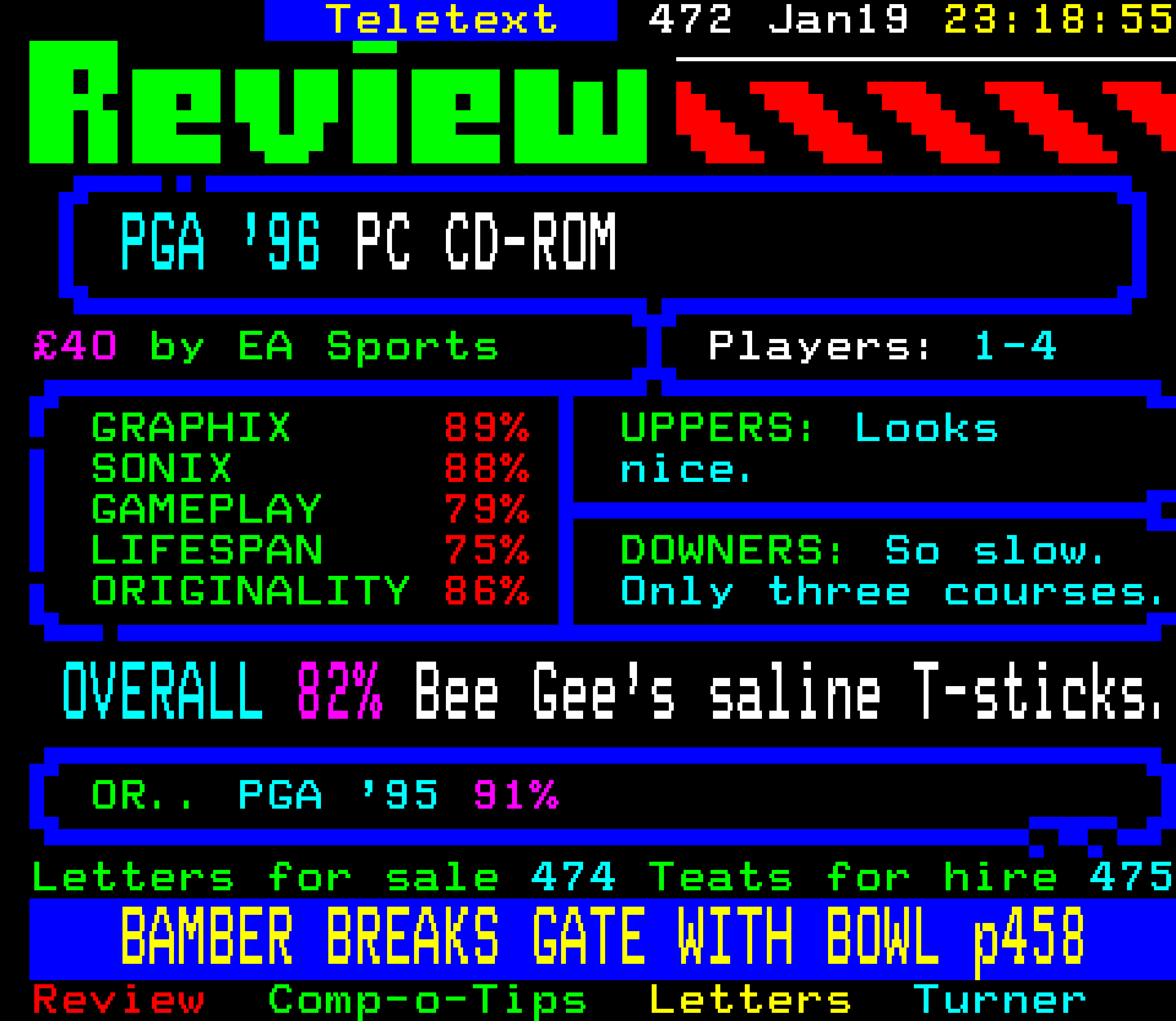 It isn't very interesting, but you have noticed how whereas EA's sport titles used to imitate their MD counterpigs (FIFA), it's now turned the other way around (this)?

You see, MD PGA '96 is a bold bid to recreate the photo-realistic fairways and smooth digitised monsters (players) that made the PC version so liverish.

Which is a shame, because it's unfair to expect the MD to be able to manage.

And in come a sort of 3D trace-the-club path power/accuracy arc (which splays confusingly over the putting line) and moderately enhanced views which take eons to re-draw. Courses? But three.

Poor EA. The one time they bow to pressure and make substantial changes in an MD sports update, and it turns out to be worse than its forerunner.