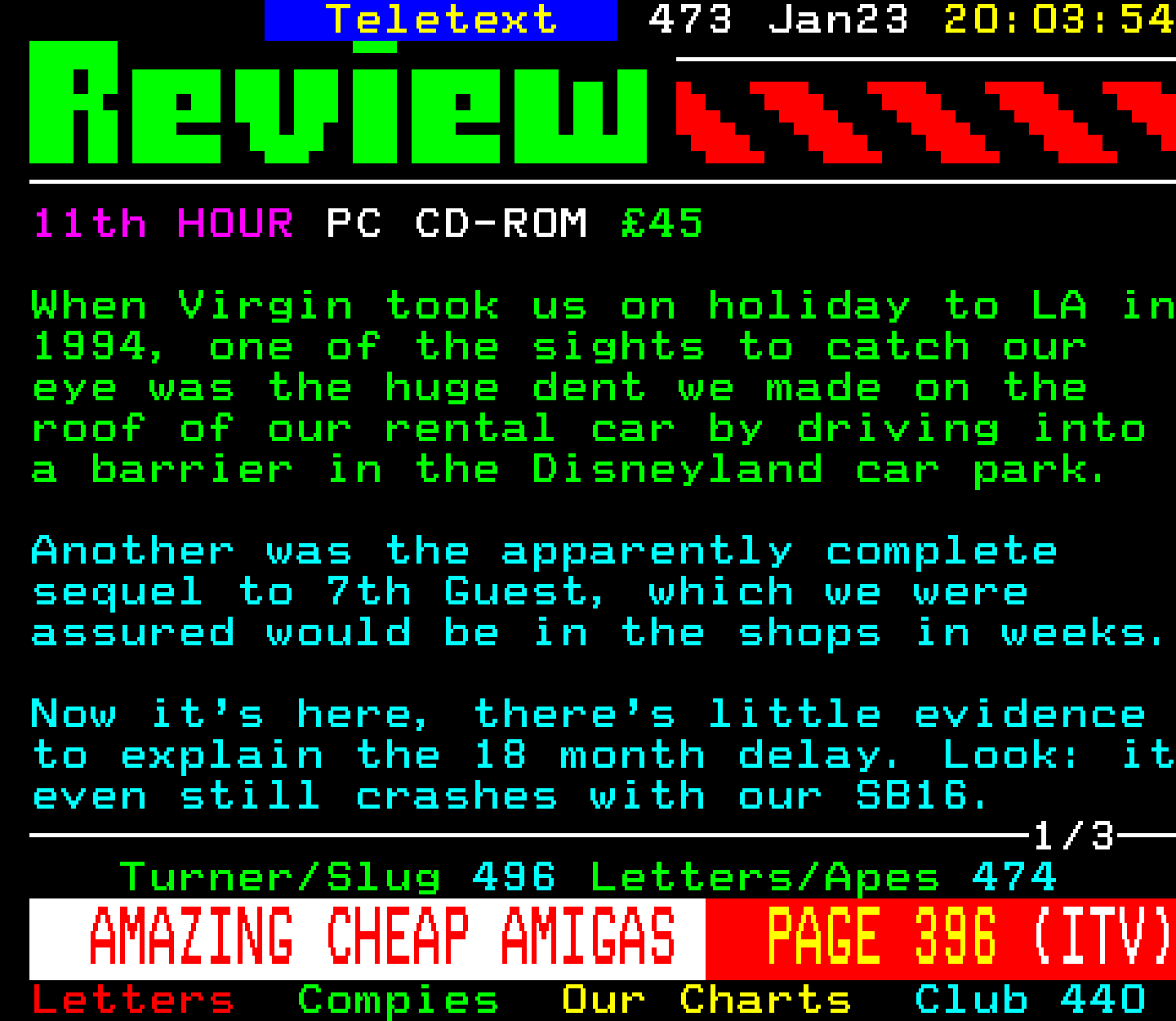 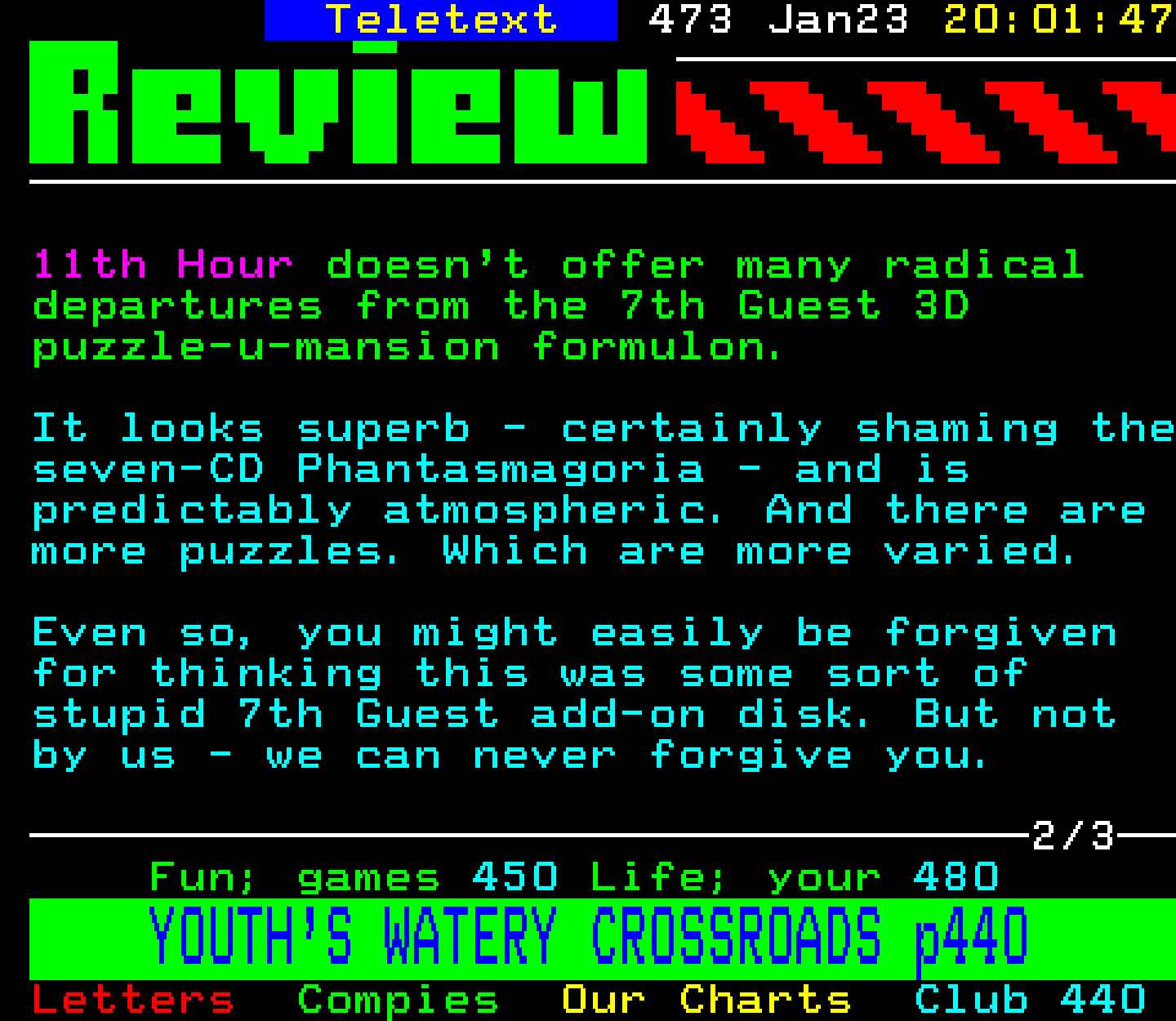 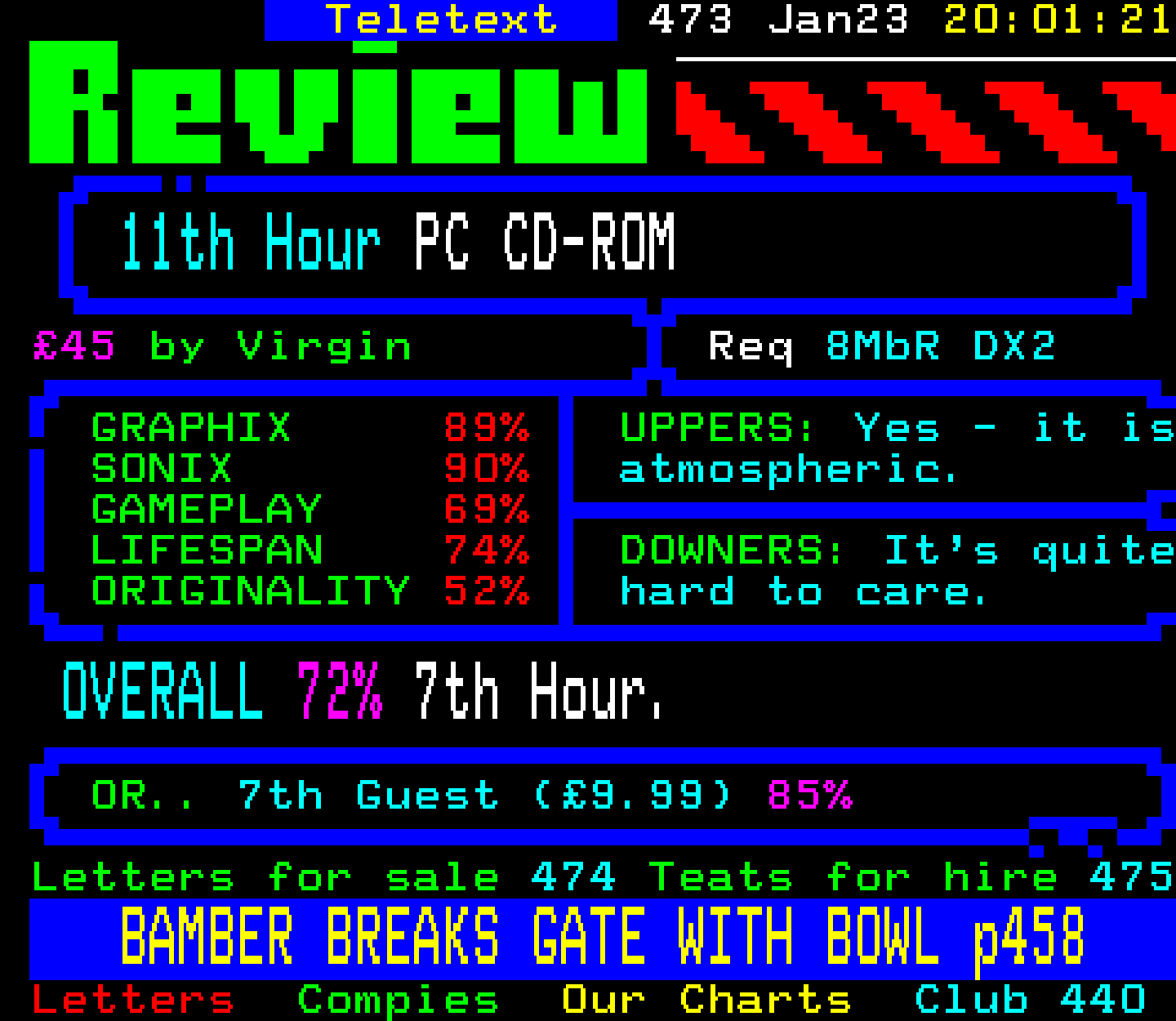 When Virgin took us on holiday to LA in 1994, one of the sights to catch our eye was the huge dent we made on the roof of our rental car by driving into a barrier in the Disneyland car park.

Another was the apparently complete sequel to 7th Guest, which we were assured would be in the shops in weeks.

Now it's here, there's little evidence to explain the 18 month delay. Look: it even still crashes with our SB16.

It looks superb - certainly shaming the seven-CD Phantasmagoria - and is predictably atmospheric. And there are more puzzles. Which are more varied.

Even so, you might easily be forgiven for thinking this was some sort of stupid 7th Guest add-on disk. But not by us - we can never forgive you.