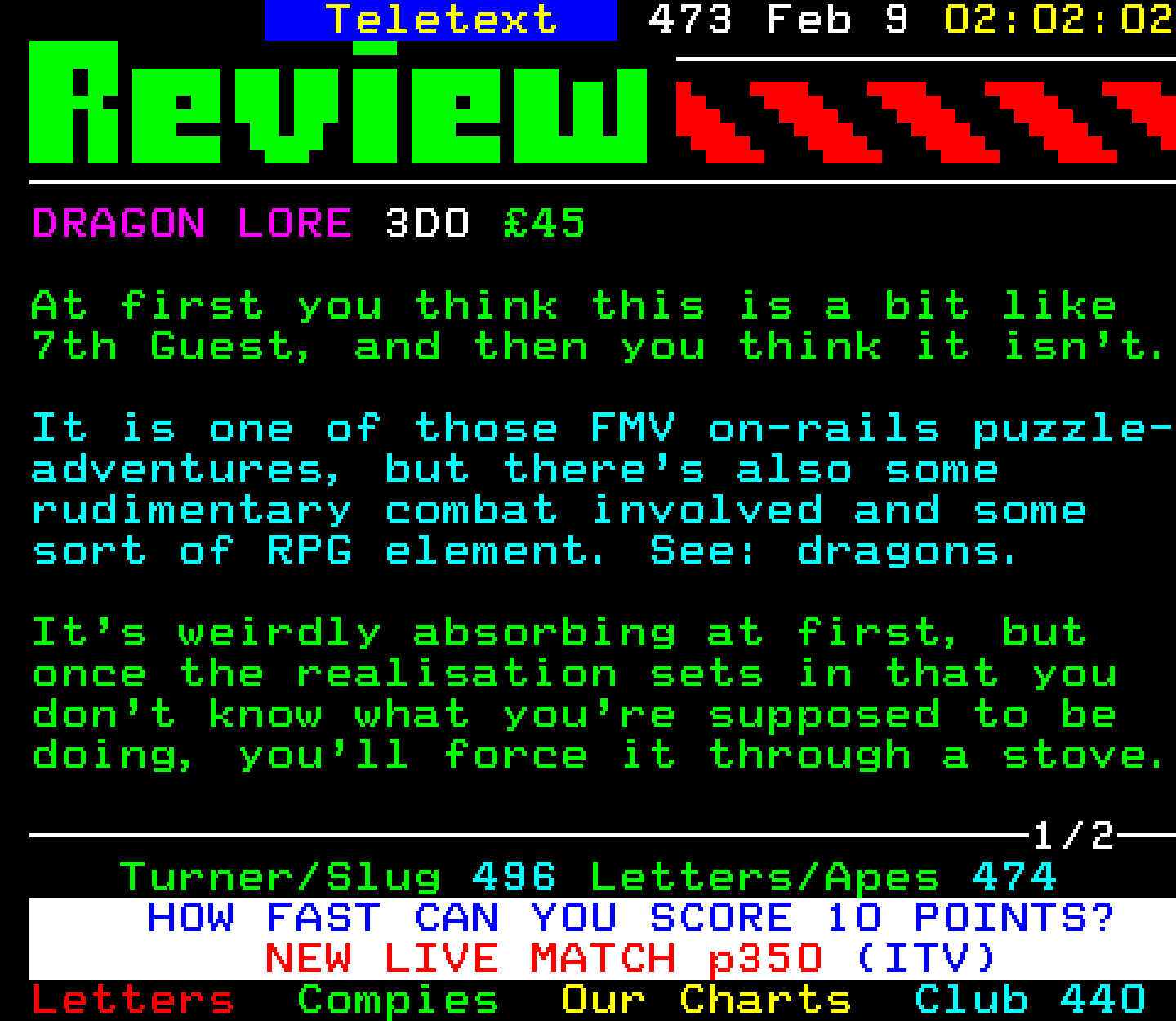 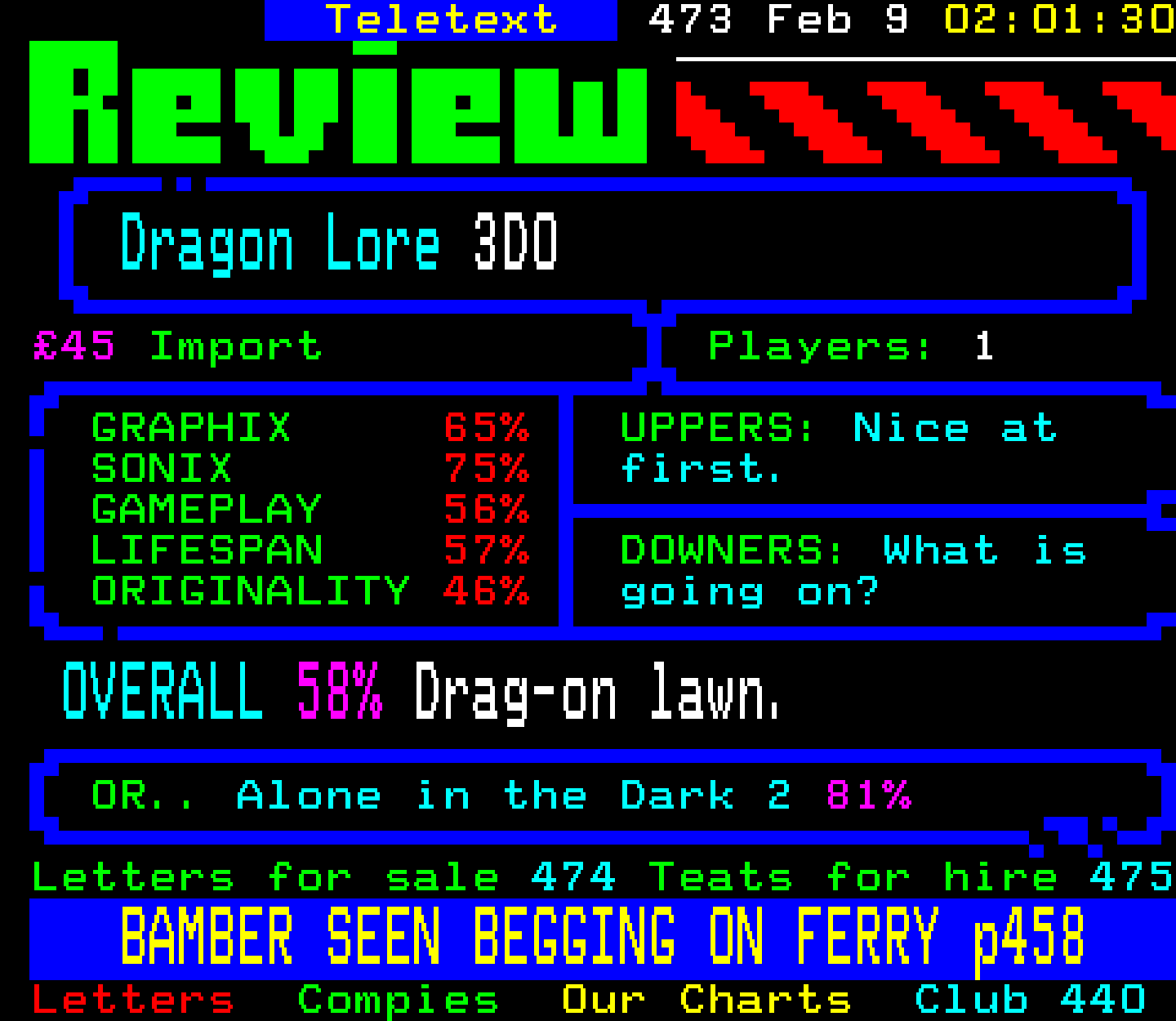 At first you think this is a bit like 7th Guest, and then you think it isn't.

It is one of those FMV on-rails puzzle-adventures, but there is also some rudimentary combat involved and some sort of RPG element. See: dragons.

It's weirdly absorbing at first, but once the realisation sets in that you don't know what you're supposed to be doing, you'll force it through a stove.

Dragon Lore - 3DO - by Mindscape