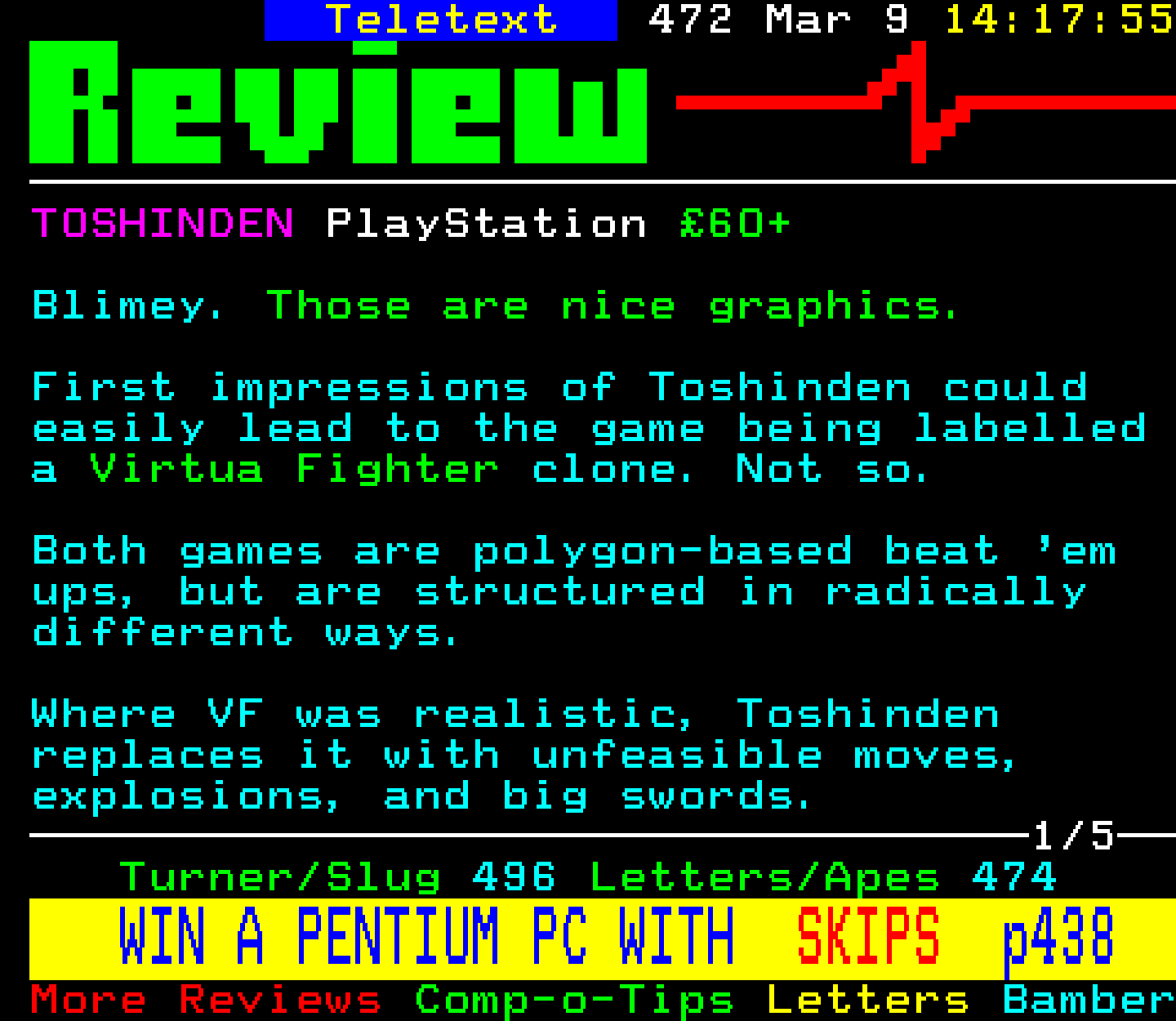 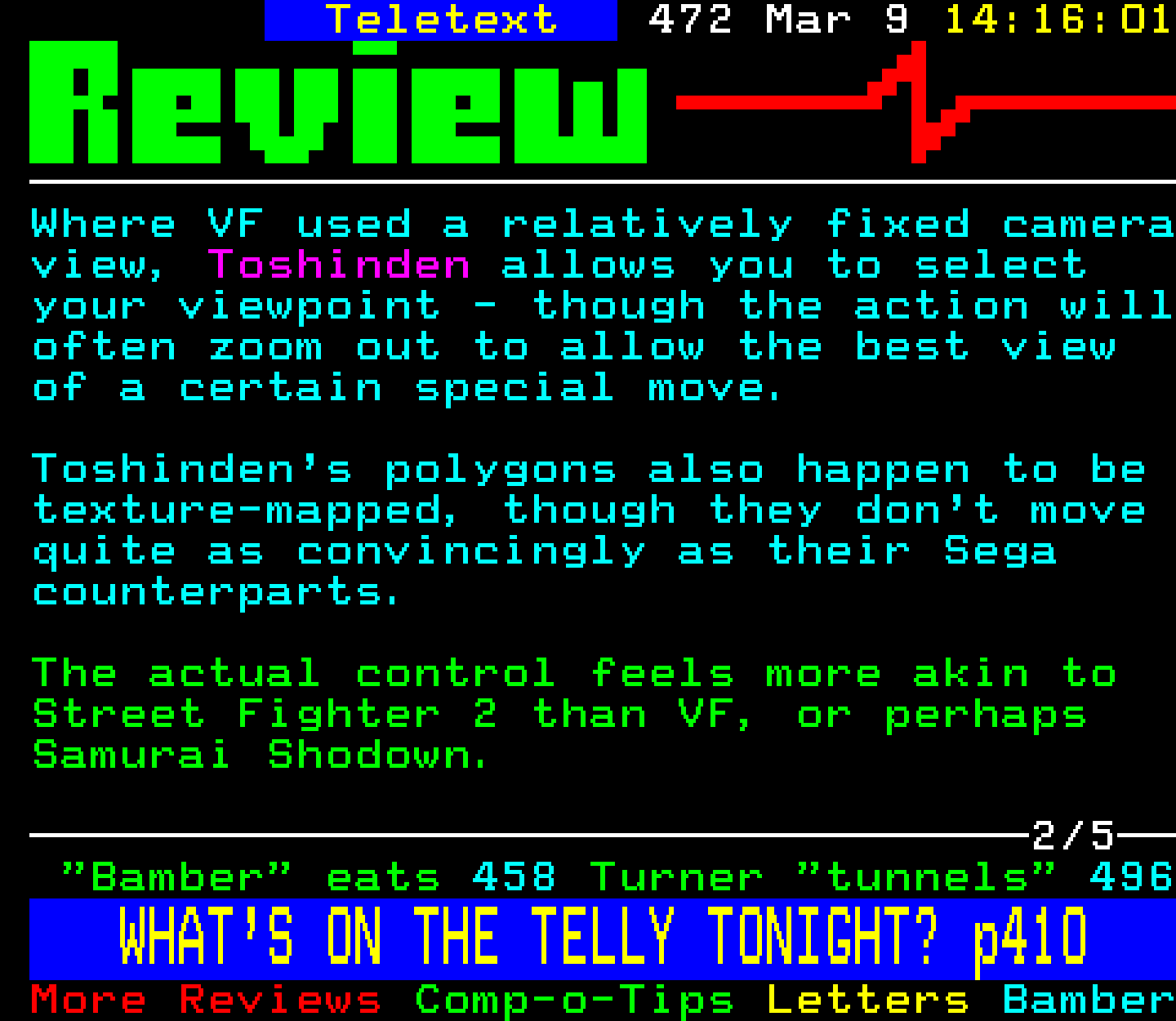 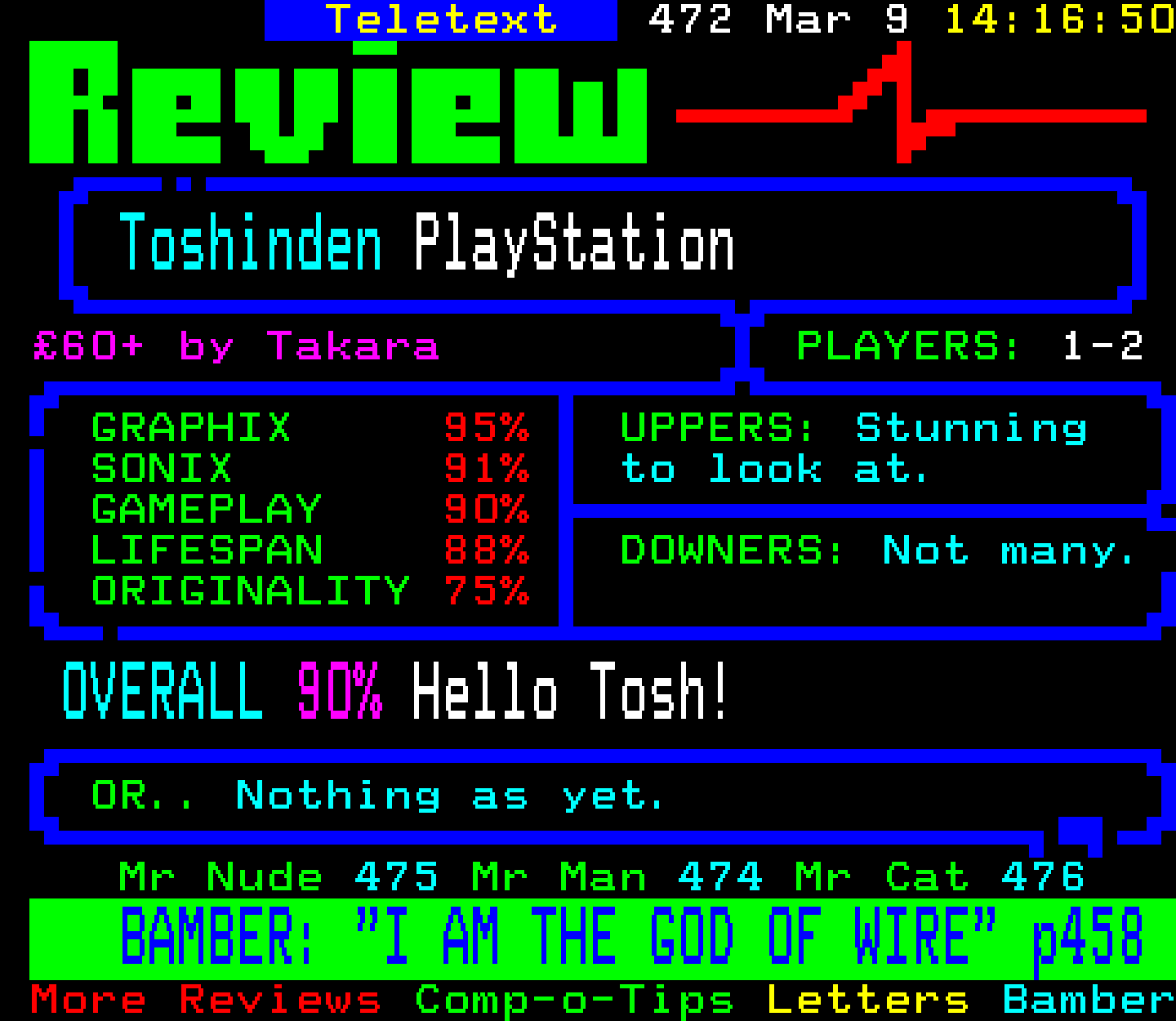 Blimey. These are nice graphics.

First impressions of Toshinden could easily lead to the game being labelled a Virtua Fighter clone. Not so.

Both games are polygon-based beat 'em ups, but are structured in radically different ways.

Where VF was realistic, Toshinden replaces it with unfeasible moves, explosions, and big swords.

Where VF used a relatively fixed camera view, Toshinden allows you to select your viewpoint - though the action will often zoom out to allow the best view of a certain special move.

Toshinden's polygons also happen to be texture-mapped, though they don't move quite as convincingly as their Sega counterparts.

One nice touch with Toshinden is the option to customise the game so that all special moves can be accessed via the press of a single button.

It allows novices to get a feel for the game before diving right in.

It's playable and looks amazing. More evidence of the PlayStation's power - and it was programmed in only six months!

Comparsions are unfair, but we've done it anyway, and would say the realism of Virtua Fighter just wins it.


Filling the same shoes as Virtua Fighter when the Saturn was released, Toshinden is here as proof that the PlayStation can cope with 3D beat-ohs.

With your standard eight characters (for once armed with very sharp weapons) the game is a luscious-looking - if rarely inspired - affair.

But here's a new move: the ability to roll sideways. Well done!

Toshinden is something of a nearly-ran.

The textured graphics undoubtedly underline the power of the PS, but somehow they lack the fluidity of - sigh - Virtua Fighter.

The gameplay's OK, but isn't nearly as satisfying as Street Fighter The Movie. Though it comes close when smacking little Ellis with Mungo's stone club.

Worth considering, though the imminent Tekken will snap its spindly neck.